Prime Minister Narendra Modi is going on a 2-day visit to Gujarat from today. During this, he will give projects worth 29 thousand crore rupees to the state. At the same time, during this visit, the Prime Minister will participate in many different programs in Surat, Bhavnagar, Ahmedabad and Ambaji. 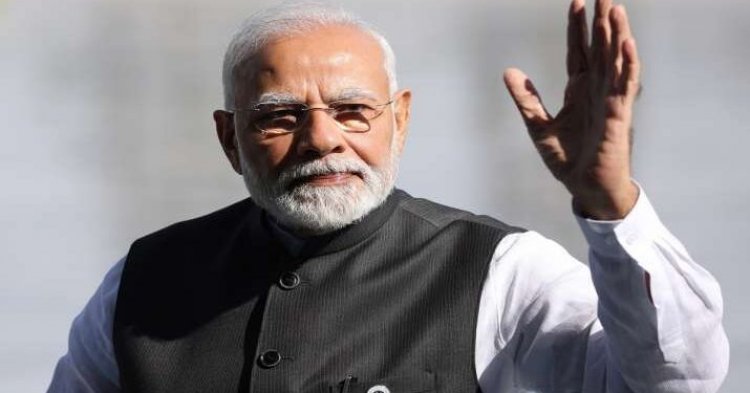 All the political parties in the state are busy preparing for the Gujarat Assembly elections. Regarding this election, the chief of the Aam Aadmi Party and the Chief Minister of Delhi is also constantly visiting Gujarat and seeking votes for their party. Meanwhile, Prime Minister Narendra Modi is also going on a 2-day visit to Gujarat today. During this, he will give projects worth 29 thousand crore rupees to the people of Gujarat.

According to the information given by the Prime Minister's Office, the Prime Minister will inaugurate the 36th National Games at Modi Stadium in Motera this evening. Along with this, different programs will be involved in Surat, Ahmedabad, Bhavnagar and Ambaji. Apart from this, the country's third Vande Bharat train will be flagged off and will also inaugurate the Ahmedabad Metro Rail Project.

Prime Minister Narendra Modi will inaugurate the 36th National Games on Thursday evening at Modi Stadium in Motera. All the preparations have been completed by the state government and Ahmedabad Municipal Corporation regarding this program. More than 1 lakh people are expected to attend the event. According to the information received, 4 gates have been made to enter the stadium. Gate numbers 1 and 2 will be the main entrance of the stadium, through which the general public will be given entry. At the same time, VIP people will be given entry from gate number 3 and 4.

Prime Minister Modi will flag off the country's third Vande Bharat train on Friday, 30 September. After this, he will reach Kalupur station, where he will start 2 metro rail routes. At the same time, after this, he will address the people at AES Ground in Ahmedabad.

Earlier, on August 27, Prime Minister Modi had gone on a two-day visit to Gujarat. During this tour, he operated a spinning wheel with 7500 Khadi artisan women and also inaugurated the new foot over 'Atal Bridge' on the Sabarmati river. Along with this he also participated in the Khadi festival.