Falguni Pathak's attack on Neha Kakkar once again! Said- 'The song should not have been disturbed'

Falguni Pathak has recently once again expressed her anger toward Neha Kakkar for being a remix of her song. He said that 'if this song is close to people's hearts then they should not tease this song'. 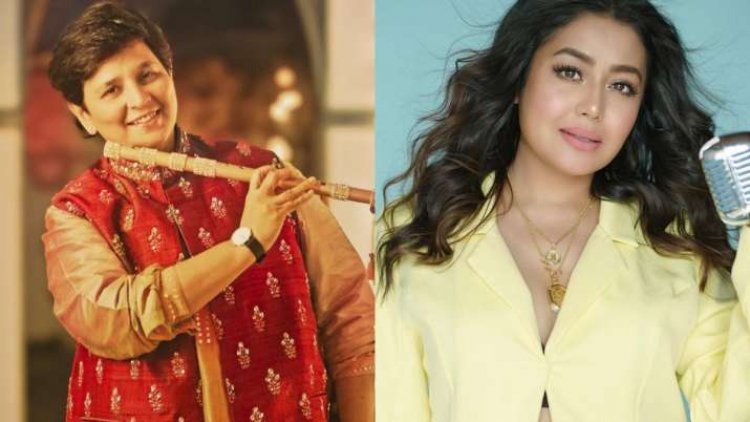 Falguni Pathak's attack on Neha Kakkar once again! Said- 'The song should not have been disturbed'

90s singer Falguni Pathak is very much liked for her songs. These days many of his Gujarati Garba Songs have been released, which are being liked a lot. Along with his Garba Song, the singer is also in a lot of discussions these days about the remix of his song. Recently, singer Neha Kakkar made a remix of one of her old famous songs 'Maine Payal Hai Chhankai', which is named 'Oh Sajna'. Since the release of this song, Neha is constantly facing trolls on social media. Along with this, Falguni Pathak is also expressing her anger about this.

Earlier, Falguni had also shared some posts on her Instagram. In all those posts, Falguni's fans were talking in her support and also expressing their anger about Neha Kakkar. After this, once again Falguni Pathak expressed his anger over making a remix of his song and said that 'he should not tease this song'.

Recently, he spoke to a media house about Falguni's new song 'Vasaldi', during which he also talked about the remix of his song. Singer Neha Kakkar was trolled a lot for recreating your super hit song 'Maine Payal Hai Chhankai'. Your fans say that Neha is spoiling their sweet memory?'

Responding to this question, he said that 'Neha should not do this nor such'. If this song is close to people's hearts then they should not disturb this song. why are you teasing The rest is their choice. What can we say?'. After this, he was asked 'What do you think about the remix?'. In response to this question, Singer says that 'I do not consider the remix to be completely wrong'.

He said that 'not all remix songs are wrong. There are some good ones too. If youngsters want to reach their audience with a modern approach through a remix, then it is not wrong. But it should have a limit. I take full care of decency in my songs. Does not use double meaning and cheap words.

Prime Minister Modi will give projects worth 29 thousand crore rupees on his 2 d...

User made fun of Samantha Ruth Prabhu illness, the actr...

Yash Dasgupta And Nusrat Jahan Romantic In Each Other's...

Raju Swami is an emerging young singer of Rajasthan fol...

Alia Bhatt will keep her daughter's name, it was reveal...