Putin praised PM Modi fiercely, said - have the power to have an independent foreign policy

Russian President Putin lavished praise on Prime Minister Narendra Modi at a conference of international foreign policy experts. Putin said that the Prime Minister of India put a lot of pressure on the western countries but he did not come under any pressure. Vladimir Putin denies the use of nuclear weapons in Ukraine. 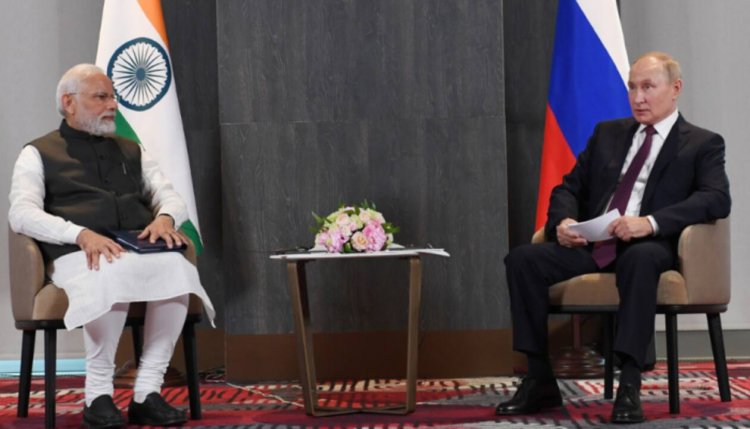 When the powerful leaders of the world are discussed, then the name of the Prime Minister of India Narendra Modi comes first. Even powerful countries have started accepting the iron of Narendra Modi. Russian President Vladimir Putin does not bow down to any country in the world and does not obey anyone. But Putin also praises India and PM Modi fiercely. Recently, he also talked about the old and strong relations between India and Russia. Putin said these things At the 19th annual meeting of the Valdai Discussion Club in Moscow, Putin praised PM Modi very much. Now, these praises are being discussed in the media. Vladimir Putin denies the use of nuclear weapons in Ukraine. He said that Russia has no intention of doing so.

Putin praised Prime Minister Modi while addressing a conference of international foreign policy experts. He said that the Prime Minister of India put a lot of pressure on the western countries. But he did not come under any pressure. Putin said that India has come a long way as an independent country. Along with this, he has described the future of India as very bright under the leadership of PM Modi.

The Russian President also referred to relations with India. He said that India and Russia have developed special relations for decades and there is no dispute between the two countries. India has made tremendous progress in its development from the colonization of Britain to becoming a modern country. It has achieved tangible development results which cause respect and admiration for India.

Make an Everlasting Statement this Diwali with the Forevermark Avaanti Collectio...

PM Modi will inaugurate many projects before the assemb...