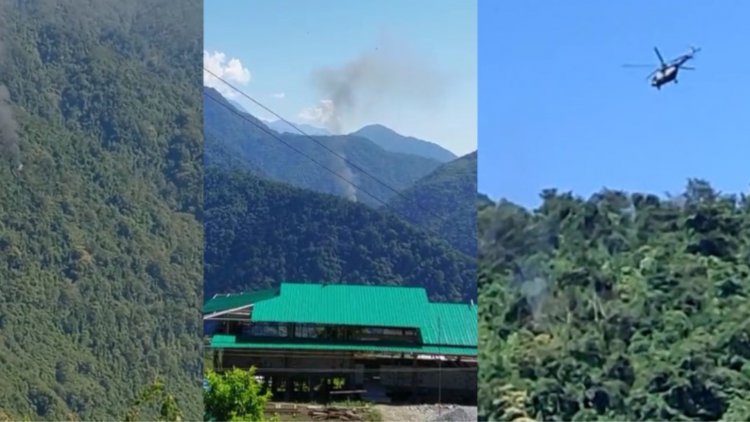 Major Mustafa Zakiuddin (Mustafa Bohra), Rohitashv Kumar, Vikas Bhamru, Brijesh Sinha, and Ashwin KV have been among the soldiers who lost their lives in the accident. In this, two jawans are from different districts of Rajasthan. Major Mustafa Zakiuddin (Mustafa Bohra) is a resident of Udaipur. While Rohitashv Kumar was a resident of Jhunjhunu. There is an atmosphere of mourning in Udaipur and Jhunjhunu after the death of both the soldiers in the helicopter crash.

At the same time, Rohitashv Kumar was a resident of Khairwa ki Dhani of village Poshana in Jhunjhunu district. On the information of the martyrdom of Rohitashva, there was mourning in the village Poshana amid the joys of Diwali. Rohitashv's family told that Rohitashv Kumar had joined the Indian Army on 26 October 2010. Rohitashwa was married to Subhita of village Jetpura. They have a five-year-old daughter, Ritika. Rohitash was the eldest of two brothers.

Meanwhile, the Army Authority has constituted a Court of Inquiry to inquire into the reasons behind the crash of an Advanced Light Combat Helicopter of the Indian Army in the Upper Siang district of Arunachal Pradesh. The bodies of four of the five personnel on board the helicopter have been recovered so far. This information was given by the officials on Saturday. The accident took place on Friday morning in Mining village, about 25 km from the district headquarters. The helicopter was on a regular flight from Likabali (in Assam).

He said air traffic control had received a message of a technical or mechanical failure before the helicopter crashed. The spokesman said the names of the five personnel on board the helicopter would be released after informing the relatives. He said that the Indian Army expresses its deepest condolences to the martyrs in the accident and stands with the bereaved families.

Lt Col Rawat said a search operation was launched immediately after the accident with teams from the Army and Air Force. However, it is extremely challenging due to the hilly slopes and dense forest. One Mi-17, two advanced light helicopters and three contingents of the Indian Army have been pressed into the search operation. Another defence spokesman said the cause of the accident was not known and an investigation was underway. A detailed description is awaited.

Terrorism is the biggest crime, Interpol should prepare a plan for the next 50 y...

PM Modi will address the conference of Law Ministers an...

Announcement of the date of assembly elections in Himac...