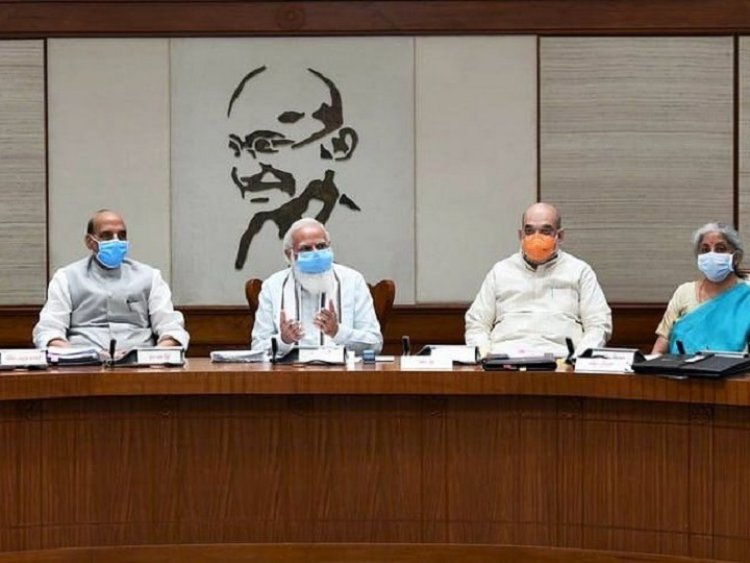 A meeting of the Union Cabinet is going to be held in Delhi today under the chairmanship of Prime Minister Narendra Modi. This meeting with the Union Ministers will be held at 11 am. According to sources, the Union Cabinet meeting is said to be very important. It is believed that there can be a discussion on expansion and reshuffle in the cabinet. In Delhi this month, frequent meetings of Union Home Minister Amit Shah and BJP National President JP Nadda are going on with PM Modi.

After taking oath as Prime Minister for the second consecutive time in 2019, there has been no expansion in PM Modi's cabinet. According to sources, some big leaders of the party and members of the NDA alliance can be included in the Modi cabinet in this meeting to be held today. Chances are being raised. That former Assam Chief Minister Sarbananda Sonowal and senior leader Jyotiraditya Scindia may join the cabinet.

Sarbananda Sonowal reached Delhi last week and met BJP leaders. Former Uttarakhand Chief Minister Trivendra Singh Rawat also met PM Modi. After the exit of Shiv Sena and Shiromani Akali Dal and the death of Lok Janshakti Party leader Ram Vilas Paswan, many posts are lying vacant in the cabinet. Apart from this, there is a possibility that the portfolios of many ministers can also be changed.

A day earlier, BJP National President JP Nadda had a meeting with the party's Bihar leaders. With the 2024 Lok Sabha elections, discussions were held today about the BJP's strategy and its future course of action. The role of the opposition and the issues raised by them were discussed with the members of the core committee. A decision on this is expected before the session of the Bihar Legislative Assembly begins on August 24.

On The Occasion Of Raksha Bandhan, Widows Living In Vri...

Travel on Yamuna Express will be expensive, toll tax wi...