Senior Congress leader Ghulam Nabi Azad has turned down the post of campaign committee chief of the Jammu and Kashmir Congress. The Congress had announced to make Azad the head of several committees including the Campaign Committee in Kashmir. Azad is a prominent member of the G23 group of Congress. The group has been critical of the party leadership. 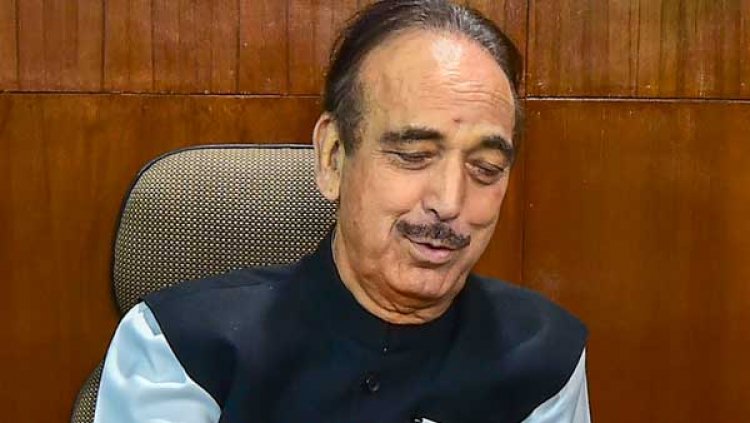 Congress President Sonia Gandhi appointed former Jammu and Kashmir Chief Minister Ghulam Nabi Azad as the head of the party's campaign committee in the Union Territory. Senior Congress leader Ghulam Nabi Azad has turned down the post. Gandhi has given this responsibility to Vikar Rasool Wani, who is considered close to Azad, as a way of reforming the organization in Jammu and Kashmir. Congress has appointed senior leader Raman Bhalla as working president of Pradesh Congress Committee. Former PDP leader Tariq Hamid Karra has been named as the vice-chairman of the campaign committee.

Hours after the appointments were made public, quoting sources, it is learned that Ghulam Nabi refused to accept Sonia Gandhi's offer. After this Rasool Wani has replaced Ghulam Ahmed Mir. He resigned in July after holding the position for eight years.

Azad is a prominent member of the G23 group of Congress. The group has been critical of the party leadership. Along with this keeps demanding an organizational change. Azad was not sent to the Upper House again after retiring from the Rajya Sabha. According to reports, Ghulam Nabi has resigned as the chairman of the campaign committee due to health reasons. Azad recently had a major operation. He has also thanked the leadership for giving him the responsibility.

Congress General Secretary KC Venugopal has issued a statement saying that Sonia has accepted the resignation of Ghulam Ahmed Mir from the post of state president. He said that now Rasool Wani has been appointed as the president in his place. Considered close to Azad, Wani is a senior Congress leader and has been an MLA from Banihal.