Urfi is spoiling the youth... Urfi Javed got angry on this comment of Chetan Bhagat, gave a befitting reply

Urfi Javed on Chetan Bhagat: Writer Chetan Bhagat had said that there is a soldier of the country who is standing on the border protecting the country. One is our youth who are looking at pictures of Urfi Javed after entering the bed. Urfi Javed has given a befitting reply to the author on this comment. 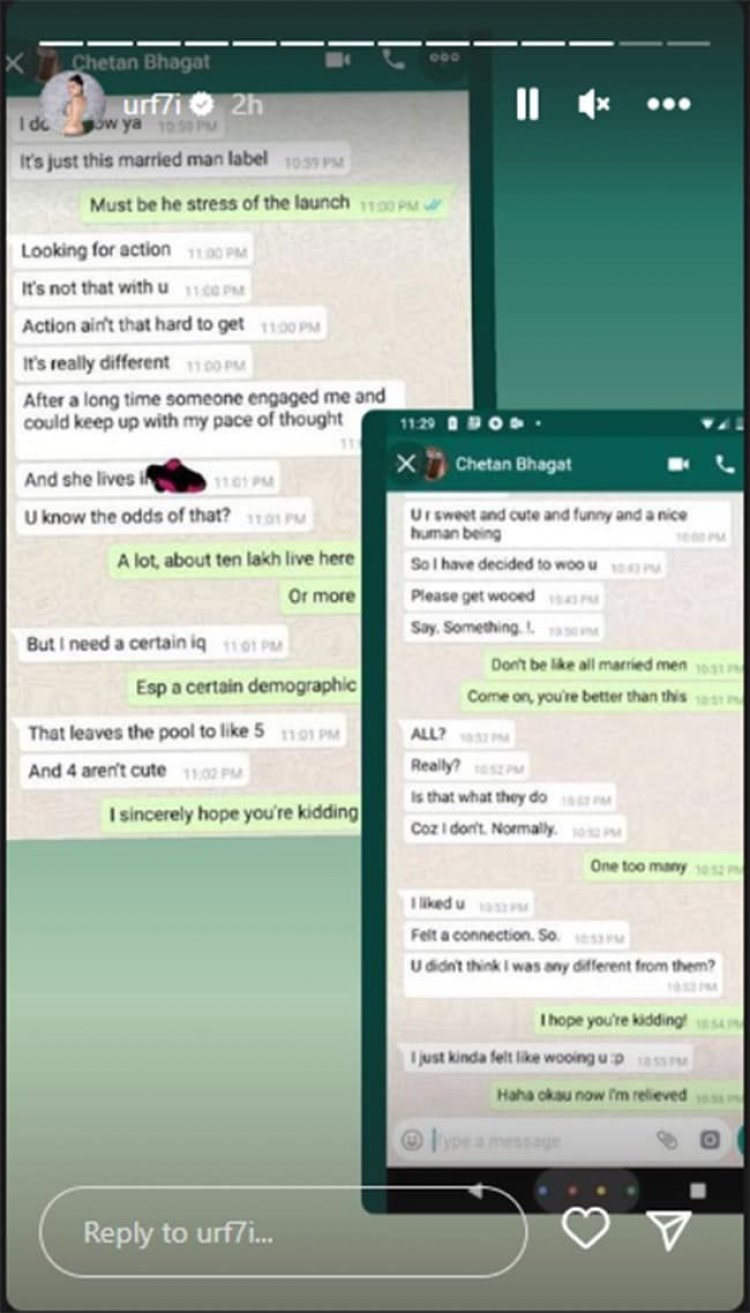 Urfi Javed is once again in the headlines. This time she is in the headlines not because of her outfit but because of the comment made about her by famous writer Chetan Bhagat (Author Chetan Bhagat on Urfi Javed). Recently, during a program, Chetan Bhagat said, 'The youth of the country is using the internet to see pictures of Urfi. Young boys and girls sneak into bed watching his reels and videos on Instagram. People were waiting for Urfi's reaction since this comment. Although Urfi has broken his silence in this matter after a week.

1_2.jpg On Saturday, Urfi Javed wrote a befitting reply to writer Chetan Bhagat (Urfi Javed on Chetan Bhagat), 'Friends, do not forget how many women had accused him during the Me Too case.' He also shared a news article which said that Chetan Bhagat apologized after screenshots of his WhatsApp messages went viral during the #MeToo movement and wrote, 'Men like him will always blame women instead of admitting their shortcomings'. Just because you are a pervert.'

Urfi Javed further wrote that 'It only means what she is wearing. Uselessly dragging me into the conversation, commenting on how my clothes are distracting young boys, it's all bullshit. You sent obscene messages to girls, what message will your such messages give to society? Urfi also gave a befitting reply to Chetan Bhagat while sharing the leaked screenshots of his WhatsApp messages.

Significantly, this whole controversy started when writer Chetan Bhagat had said during a program that 'Likes are being pressed on the photos of girls, they are commenting, there are crores of likes on Urfi Javed's pictures'. . There is a soldier of a country who is standing on the border protecting the country. One is our youth who is looking at pictures of Urfi Javed by entering the bed.

Despite being repeatedly trolled, Michael Vaughan is not agreeing, raised questi...