Samantha used to work in food at one time, did not have money for higher education but still did top

Samantha Ruth Prabhu has been in the news for her divorce and life for a long time. Not only this, the actress herself made many revelations while talking about her divorce. Samantha Ruth has struggled a lot in her life and career. 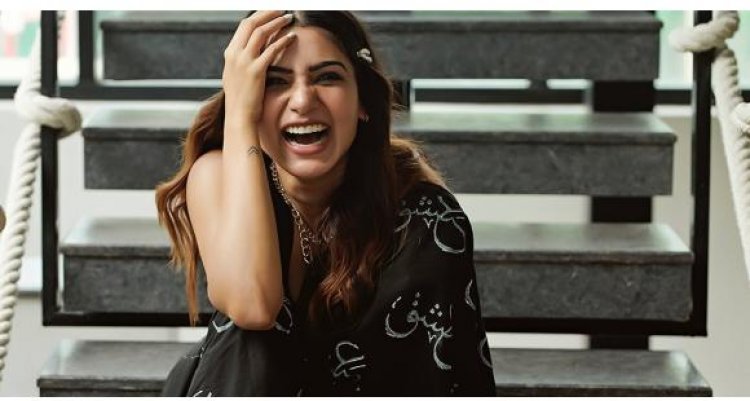 During the show, the actress made many revelations about her personal life, about which she was also in a lot of discussions. Even these days, a video of her is becoming increasingly viral on social media, in which the actress is seen giving an inspiring story at Satyabhama University. Even though this video of Samantha Ruth is old, even today she remains an example among people for her struggles.

Samantha Ruth further told that 'her parents did not have money for her higher education. Despite this, he had topped in 10th and 12th. Talking about herself in the video, Samantha Ruth further says 'When I was studying, my parents told me to study hard and you will be able to do bigger than this. I studied hard and topped in 10th, 12th and college.

The actress further said that 'But then when I wanted to study further, my parents could not afford it, I had no dreams, no future, nothing'. Samantha Ruth while addressing the students further said 'I know you believe that you are going to follow the path that your parents expect you to, but I am here asking you to dream'.

Samantha Ruth further said 'Dream what you want and only then you will achieve it. You will fail, it will be hard, but you will persist. I ate only once a day for at least two months. I acted strangely and here I am today. If I was able to do it then you can too'. On the other hand, if we talk about Samantha Ruth's work front, then she is busy shooting for 3 films these days.

'I do not regret leaving the house and going to work',...