Social media sensation Urfi Javed often remains in the headlines for his unusual style. Recently a video of him is going viral, due to which he is being trolled a lot. 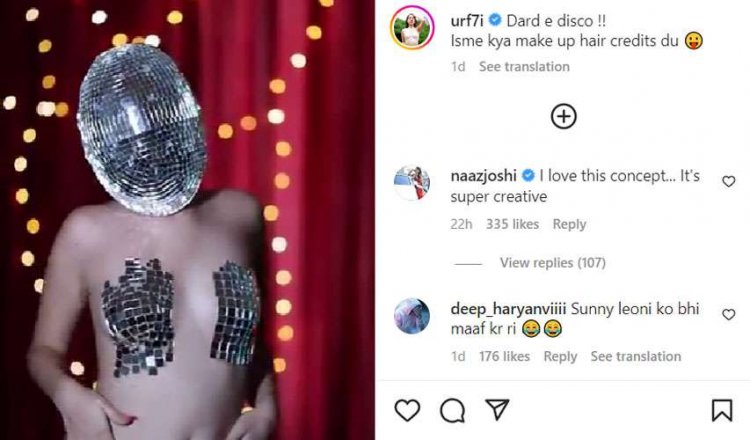 Along with many TV shows, OTT 'Big Boss', social media sensation Urfi Javed, who remains in the headlines for her quirky style and clothes, remains very active on social media. His fan following is also very large, who like his style and fashion sense very much, but following him also includes his trollers, who leave no stone unturned to troll him for his unusual style and fashion sense. . Recently, she has shared a video on her Instagram, about which the actress is getting trolled badly. In the video, the actress is seen dancing in a very bold style.

Not only this, Urfi is seen in the disco theme in the video. He has put a disco ball on his face. Along with this, he has also covered his body with disco mirrors. Also, in this video of him, the track 'Dard E Disco' of Shahrukh Khan's film 'Om Shanti Om' is being played behind. Sharing the video, Urfi wrote in the caption that 'Dard a disco, what makeup and hair credit should I give'.

Not only this, but in the video, Urfi's face is covered with a mask, so in some comments, people are also telling her a Female Raj Kundra. One user writes that 'Urfi even left Sunny Leone behind'. At the same time, another user writes 'Now the time has come for the destruction of the earth'. Another user writes that 'Aaj ko e will not say that Urfi is wearing cold clothes'. Urfi remains in discussions about her boldness as well as her statements.

Dhoop Chhaon will integrate family values into the audience;...

'No problem if you have a child even without marriage',...

Kantara the first Kannada film to premiere in Vietnam,...