When 'Kali Bhaiya' of Mirzapur Pankaj Tripathi had to spend 7 days in jail for speaking against the government!

Actor Pankaj Tripathi, who gave life to his characters with his strong acting, had once said something like this, due to which he had to face jail air. Let us tell you what did the 'Kali Bhaiya' of Mirzapur say? 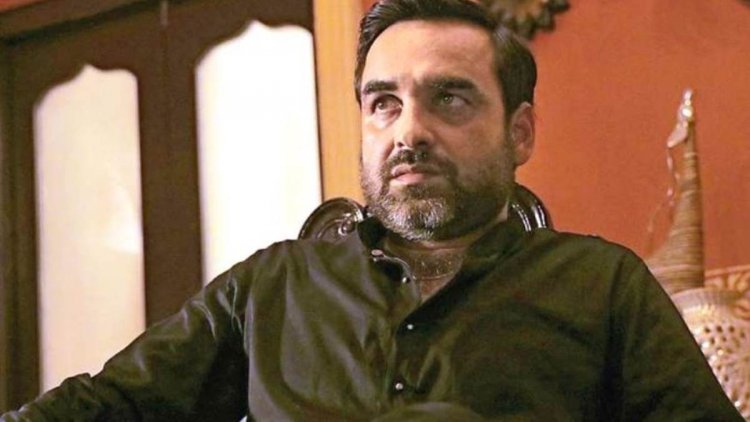 Pankaj Tripathi, who made his mark in many Bollywood industries in Mumbai from Belsand village in Bihar, does not need any identity today. There was a time when he used to play the role of a girl in the plays in his village, but today Pankaj Tripathi has won the hearts of people with his strong acting in dozens of films. Pankaj Tripathi has shown his tremendous performance in many hit films of the industry as well as in web series, whose people are convinced. He plays his character as if he is living it. Pankaj Tripathi used to do Panditai and farming before joining the industry.

Pankaj Tripathi's father, who dreamed of becoming an artist, wanted to make him a doctor, after which he took admitted to college, but there came a time in his life when he had to spend many days in jail for speaking against the government. Actually, Pankaj Tripathi joined Akhil Bharatiya Vidyarthi Parishad during his studies.

After entering politics, Pankaj also raised slogans against the state government, after which he was sent to jail for 7 days this was the time when the dream of becoming an actor was born in his mind, after which Pankaj started acting. that took his steps forward in the world. During this time, Pankaj also had to do a job as a cook in the hotel to earn money.

Not only this, Pankaj's desire to become an actor was so strong that he used to try his hand at acting as well as in theatre. To fulfill this dream, Panjak came to Delhi to learn the nuances of acting and here he joined the National School of Drama. After completing his acting course, he moved to Mumbai and from here his real struggle started.

Being from Bihar, he knew only Bhojpuri and Hindi. His hand was tight in the English language. In such a situation, it was very important for him to learn English. In the year 2004, he got a chance to do a small role in the film Run. Seeing the character of Pankaj Tripathi in this film, you might not even be able to recognize him.

After this, he did small roles in many films. The character of the film Gangs of Wasseypur, Mirzapur web series made him famous overnight. His name came to be 'Kaleen Bhaiya'. People appreciated his performance very much and gave him a lot of love. Let us tell you that Pankaj Tripathi has played more than one character in his career. He has also received many awards for this.