8000 Years Old Temple Found In Saudi Arabia, You Will Be Surprised To Know About These Secrets

Scientists trying to unravel the secrets hidden in the world make new revelations every day. Along with this, he also makes many surprising discoveries. Now meanwhile scientists have discovered 8000 thousand years old temples in Saudi Arabia. 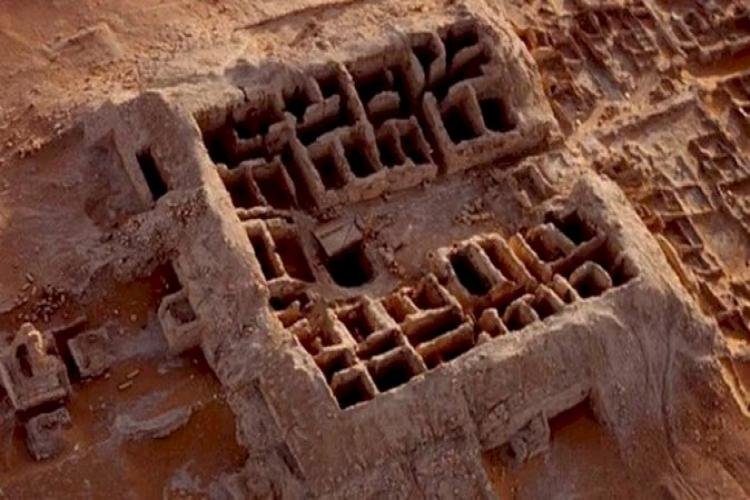 Scientists trying to unravel the secrets hidden in the world make new revelations every day. Along with this, he also makes many surprising discoveries. Now meanwhile scientists have discovered 8000 thousand years old temples in Saudi Arabia. The Archaeological Department of Saudi Arabia discovered the remains of the temple during the excavation.

The place where the remains of the temple have been found is located in the south of Riyadh. The remains of the temple give information that the people who lived here at that time used to perform puja and rituals. It is being told that the name of this temple situated on the side of Tuwaik mountain is Rock Cut. Apart from the temple, the Archaeological Department has also found 2807 graves. Religious inscriptions have also been found in the ancient temple discovered in Saudi Arabia. The Archaeological Department made the discovery in Al-Fao which was once the capital of the Kingdom of Kinda.

This survey has been done by the Saudi Arabian Heritage Commission. A multinational team had gone for this work on behalf of the commission. Apart from digging deep here, all the work was being done for a long time. Apart from the temple, remains of human settlements of the Neolithic period have also been found which are 8000 years old.

Even at that time rainwater was used

Research has revealed a great deal. Even during that time, people used to use the rain. Canals, water tanks, and pits were built to carry water to the fields.

The discovery has revealed that people knew how to use water in desert areas.

Research going on for 40 years

Al-Faw is an archaeological area that has been involved in archaeological studies for the past 40 years. The biggest thing is that idols were worshiped here and in the temple. The Heritage Commission is conducting a survey to know the heritage of the country and wants to save it.

Soren Demands A Special Package From NITI Aayog To Deal With The Drought-like Si...

Fact Check: Ministry of Minorities to be merged with De...

Female artist fell on stage while dancing in Jagran, do...

Couple was dancing on an empty road in the dark of nigh...