Viral: Mahesh Babu smiles at father Krishna’s funeral. This actor made it possible

In a viral photo that has been circulating online, Mahesh Babu and his son Gautham were seen smiling momentarily at Superstar Krishna's funeral. 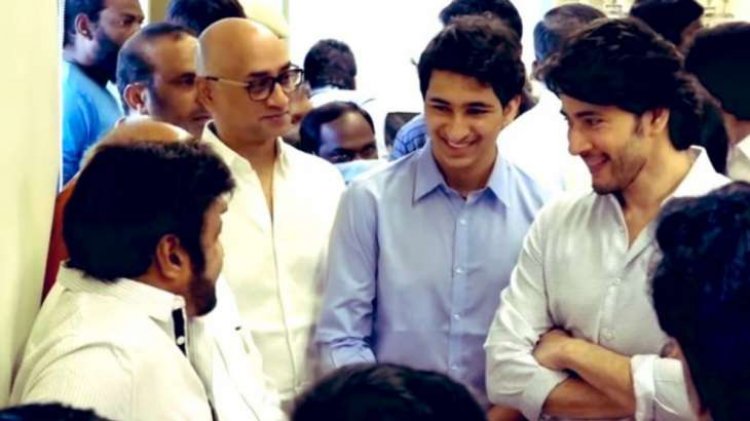 The year has been very difficult for Tollywood superstar Mahesh Babu. After losing his mother and brother earlier this, he also lost his father Krishna on November 15. At Krishna's funeral and last rites, the who's who of the Tollywood industry came out to lend support to Mahesh Babu and his family. Social media has been flooded with photos and videos that showed the Pokiri actor in tears as his father was no more. However, momentarily, his grief subsided and in an image, he was seen smiling with his son Gautham by his side during Krishna's funeral. Fans have been showering this photo with love as it continues to go viral on social media.

Who made Mahesh Babu smile?

Mahesh Babu was seen smiling at his father Krishna's funeral in Hyderabad in a viral photo. The Tollywood star was laid to rest with full state honours on Wednesday. Many celebrities came to pay their last respects to Krishna. In an image from the funeral, Nandamuri Balakrishna was seen saying something to Mahesh Babu which brought a smile to his face. Mahesh Babu's son Gautham also smiled when he stood beside his father in the viral photo with NBK.

When the image of a smiling Mahesh Babu from his father Krishna's funeral went viral, fans thanked NBK for putting a smile on his face during this tough time. A social media user wrote, "Thank you Nandamuri Balakrishna garu for bringing smiles on their faces in these tough times.  @urstrulyMahesh (sic)." Another one commented, "Just balayya things (sic)."

People queued up at Padmalaya Studio in Hyderabad to see Superstar Krishna for the last time and pay their last respects. Fans descended in large numbers to catch one last glimpse of the actor, who acted in about 350 films in a career spanning over five decades.

Indonesian President handed over the chairmanship of G20 to India, PM Modi said ...

Mandatory requirement of face masks during air travel is over, the Ministry of C...

A Dalit child was assaulted for entering a temple in Ka...

Comedian Annu Awasthi said on the rumor flying about Ra...

Shovels and bricks on women in land dispute, police arr...

Amit bursts 1040 firecrackers together, the sight of th...