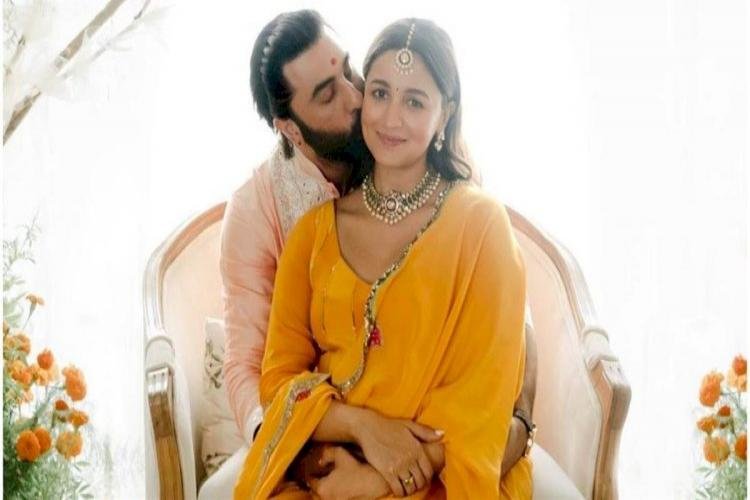 Alia Bhatt's baby shower pictures are going viral on Instagram. She has shared a total of 7 pictures of a baby shower. With this he has written, 'Just love.'

Apart from Alia Bhatt, her sisters and parents are also seen.

In the third picture, Alia Bhatt along with her two sisters and parents is also seen. There's a smile on everyone's face. In the fourth photo, Ranbir Kapoor's family is seen with Alia Bhatt. Everyone is seen posing and looking toward the camera. Alia Bhatt is posing in a different style in the sixth photo. At the same time, in the seventh photo, both of them have folded hands. It looks like both are sitting in puja.

Alia Bhatt shared the pictures 28 minutes ago, which has got more than 4.5 lakh likes. At the same time, 2300 more comments have been made on this. Many people have commented like So Cute, Lovely, Amazing, Hot. Alia Bhatt and Ranbir Kapoor were recently seen in the film Brahmastra. Apart from him, Mouni Roy had an important role in this film. The film was directed by Ayan Mukerji. This film has also done a good collection. Alia Bhatt's films are very much liked at the box office.

Vijay Deverakonda had reached the theatre wearing a bur...

Yashpal Sharma Said On Receiving The National Award For...