Car vans running on petrol-diesel will be banned till 2035, EU member countries have signed an agreement

EU lawmakers have reached an agreement to effectively ban the sale of new petrol and diesel cars from 2035, aiming to accelerate the development of electric vehicles and combat climate change. 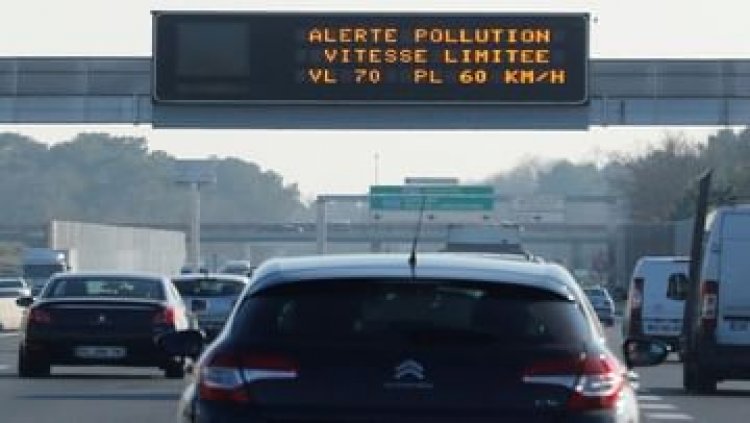 The European Parliament and member states of the European Union (EU) have reached an agreement to ban the sale of new petrol and diesel-powered cars and vans by the year 2035. However, the agreement came after scientists warned that emissions would have to drop by 45 percent in this decade to reach the 1.5C target. At the same time, it has also been said that even though this historic step will not be enough, many more measures will also have to be taken. This is the first agreement in this decade in the 'Fit for 55' package set up by the European Commission to achieve targets to cut emissions of the gases that cause global warming.

The European Parliament said the agreement was "a clear signal ahead of the United Nations Climate Change Conference that the EU is serious about adopting concrete legislation to reach the more ambitious goals set out in its climate legislation". According to EU data, transport is the only sector where greenhouse gas emissions have increased over the past three decades. Transport emissions have increased by 33.5 percent between 1990 and 2019.

According to Pascal Canfin, head of the Environment Committee, passenger cars play an important role in spreading pollution. Passenger cars account for 61 percent of the total CO emissions from road transport in the European Union. According to Pascal Canfin, head of the European Parliament's Environment Committee, "This is a landmark decision as it defines a clear zero-carbon emissions path for the first time, with targets in 2025, 2030 and 2035. This is in line with our climate goals. with underlines.

Currently, cars account for 12 percent of all CO2 emissions in the EU, while transport accounts for about a quarter of the total. According to French MEP Pascal Canfin, head of the European Parliament's Environment Commission, the law was enacted to stop new CO2-emitting cars. The agreement means they set a clear target of 100 percent zero-emission vehicles by 2035 and intermediary phases between 2025 and 2030.

Somalia: 100 killed, over 300 injured in a bomb blast in Mogadishu

'No problem if you have a child even without marriage', Jaya Bachchan's advice t...

China-USA: Like India, now America is also going to rei...

Friendship, drugs and then more than 20 murders, the fu...