Satya Pal Malik CBI Enquiry: Former Meghalaya Governor Satya Pal Malik has been questioned by the CBI. He was questioned and answered at the CBI Headquarters in Delhi. Satyapal Malik was offered a bribe of 300 crores when he was the governor of Jammu and Kashmir. The central agency is interrogating him in this matter. 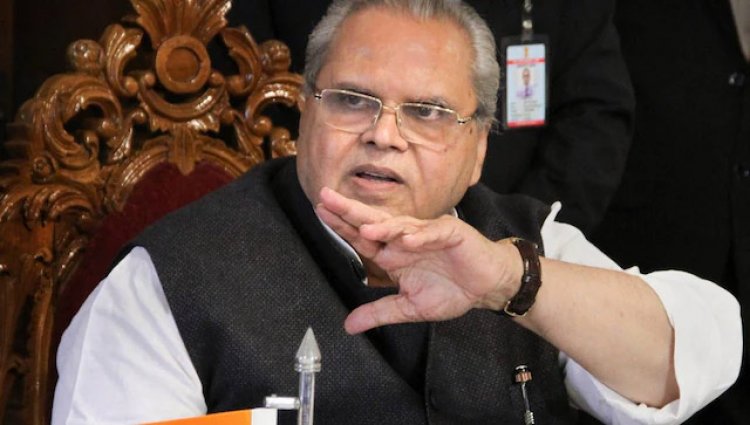 Former Jammu and Kashmir and Meghalaya Governor Satya Pal Malik has been questioned by CBI officials. Satyapal Malik was questioned at the CBI Headquarters in Delhi on Saturday. Official information about what happened in this inquiry has not been revealed yet. But in view of the way Satyapal Malik was besieging the Modi government for the past few days, the opposition parties are calling this CBI inquiry an act of retaliation.

Here, according to information received from CBI sources, it is alleged that when he was the Governor of Jammu and Kashmir, he was offered a bribe of Rs 300 crore to clear two files. Satyapal Malik himself had given this information in a meeting. After which the Jammu and Kashmir government recommended a CBI inquiry.

According to the information received, a bribe of Rs 300 crore was offered to Governor Satya Pal Malik by Ambani and a person related to the Rashtriya Swayamsevak Sangh. After the sensational disclosure by Satya Pal Malik, the Jammu and Kashmir government recommended a CBI inquiry. Which was approved by the central government.

It may be mentioned that on October 17, 2021, in a program in Jhunjhunu, Rajasthan, Satyapal Malik had said that two files came to me after going to Kashmir. One was Ambani's file and the other was of an RSS affiliate who was a minister in the previous Mehbooba Mufti-BJP coalition government. I was told by the secretaries that it was a scam and then I cancelled both deals. The secretaries told me that Rs 150-150 crore would be given for both files. But, I told them that I have come with five kurta-pyjamas and will leave with only that.

After this statement of Satyapal Malik, the political mercury was high. Here, for the past few days, Satyapal Malik has been making statements against the Modi government at the Center on various issues. In such a situation, the action of retaliation is being discussed for those statements behind the interrogation of him by the CBI today.