Work of 'man-eating tiger' of Bihar is done, seeing the footprints, expert shooters riding on elephants piled up like this

Man-Eating Tiger in VTR: A man-eating tiger, which had killed 9 people, was killed today in Bagaha of West Champaran district of Bihar. This tiger was being searched for the last 26 days. An era of terror has come to an end in Valmiki Nagar Tiger Reserve (VTR) after the man-eater was killed today. 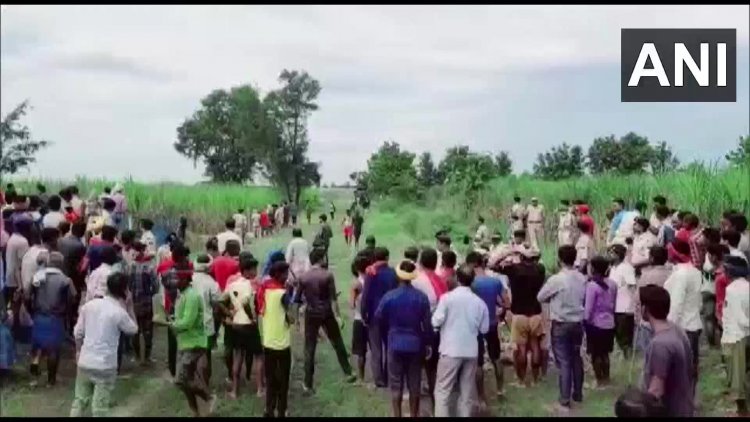 Work of 'man-eating tiger' of Bihar is done, seeing the footprints, expert shooters riding on elephants piled up like this ( Source: ANI )

The people of Bagaha of Bihar will be able to sleep peacefully from today. Because the man-eating tiger, which has become synonymous with terror in this area for the past few days, was killed today after hard work. The search for this man-eating tiger, who had hunted 9 people, was going on for the last 26 days. But every time he managed to escape by dodging the people. Today his death was completed in a very professional manner by a team of experts.

Actually there is Valmiki Nagar Tiger Reserve (VTR) in the West Champaran district of Bihar. Tigers live in a forested area spread over 45 km. The outside part of this VTR is buggy. Where a tiger was hunting people for the past few days. In the last 9 months, this man-eating tiger had killed 9 people. Today he was surrounded and killed in a sugarcane field in Balua village of the Govardhan police station area.

The death of the tiger has been confirmed by the DFO of West Champaran. At the same time, the people involved in the expert team that killed the tiger said that the tiger was being searched for the past several days. A search was on for his footprints. But it was very difficult to find him because of the forest and the ready crop of sugarcane. Today his footprints were seen in Balua village. After which the shooters riding on elephants entered the sugarcane field.

The expert told that after the footprints, the expert team entered the sugarcane field riding on an elephant from three sides. At the same time, in order that the tiger farm does not run away, the field was already surrounded by a net from all sides. After this, the team armed with rifles went inside the sugarcane field riding on an elephant. As soon as he reached there, the team's eyes were on the tiger and firing was done on him. The team shot the tiger 4 times. Two bullets hit him and the tiger died on the spot.

It is known that this tiger of Valmiki Tiger Reserve (VTR) also killed mother and son on Saturday. In the last 3 days, 4 people died in this tiger attack. The tiger had attacked 10 people in 9 months. Of these, 9 died. On Friday morning, the tiger attacked the mother and son. In this, both died on the spot. In the last 3 days, the tiger had killed 4 people. After this orders were issued on Friday to kill the tiger.