China-USA: Like India, now America is also going to rein in China, dragon will be defeated by one claim

To crack down on the expansionist China move, America is now going to play a new bet like India. America is now engaged in breaking the economic back of China, which is battling with a bad economy. Under this, the semiconductor chip which was being manufactured in China till now will be manufactured in America and the US will completely end its dependence on China in this matter. New rules related to semiconductors were issued on Friday on the instructions of US President Joe Biden. 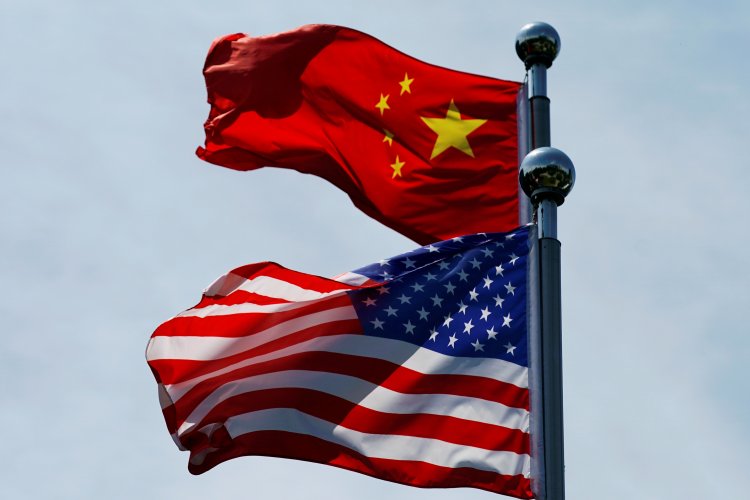 Like India, America is also engaged in constant efforts to rein in China due to China's expansionist policy and dictatorial attitude. In this episode, on Friday, the Biden administration issued new import rules. Under this, semiconductors can be made anywhere with the help of American tools and the chip being made by China will be stopped. Through this new import rule, America wants to slow down China's advances in technology and military. At the same time, America wants its allies to impose similar sanctions on China.

Administration officials said the semiconductor chip is manufactured in China with the help of tools sent by American toolmakers KLA Corp, Lam Research Corp and Applied Materials Inc. Now in the new rules, China has been completely banned from the sale of such tools or chips. According to sources in the Biden administration, this move will slow down the pace of manufacturing of semiconductors in China, which will have an impact on the economy there. China may be engaged in the exploits of trapping poor countries in the debt trap under the policy of expansionism, but after Corona, its economy itself is also crumbling. In such a situation, this new bet of America will definitely hurt him a lot.

According to sources, America has taken another tough step against 'Dragon' and has included the top 30 companies making its memory chip in a special list. Actually, America wants to investigate the operation of these companies but China does not allow it. Therefore, the US government has included these 30 companies in the unverified list. It is believed that the companies included in this list can be blacklisted in the next few days.

Talking to reporters about this, senior officials of the administration gave information about this. He said that this rule prevents foreign firms from selling advanced chips to China or supplying them with tools to make chips. However, he acknowledged that he was not sure that allies would do the same. However, he also said that discussions are on with those countries in this regard. One official said that we understand that if the cooperation of all countries is not received then US sanctions will not be effective over time. At the same time, he also said that the leadership of American technology would be in danger if all foreign competitors did not impose similar controls. Some of these rules will come into effect immediately. All of these are based on letters sent earlier this year to top toolmakers KLA Corp., Lam Research Corp. and Applied Materials Inc.

Significantly, on Friday, the US included China's top memory chip maker YMTC and 30 other Chinese entities in a special unverified list. According to the information, the unverified list is a step towards blacklisting Chinese companies in the direction of imposing strict economic restrictions. However, companies that comply with US inspection regulations may be excluded from this list. On Friday, US officials fired nine firms, including China's Wuxi Biologics, that make ingredients for AstraZeneca's COVID-19 vaccine.

The special thing is that India has already initiated the steps America is trying to take against China. In view of the atmosphere created against China, the Modi government has started trying to make India the semiconductor hub of the world. For this, efforts are being made to set up semiconductor factories in the country with the help of Taiwan. According to government sources, this step will make India self-reliant in the matter of semiconductors, as well as a blow to China's economy.

Jaya Bachchan said such a thing that Amitabh Bachchan cried in front of everyone...

PM Modi will inaugurate many projects before the assembly elections, on the firs...

World's first Moon Resort is going to be built in Dubai...