The picture of the first finalists of women's cricket being played for the first time in the Commonwealth Games 2022 has become clear. 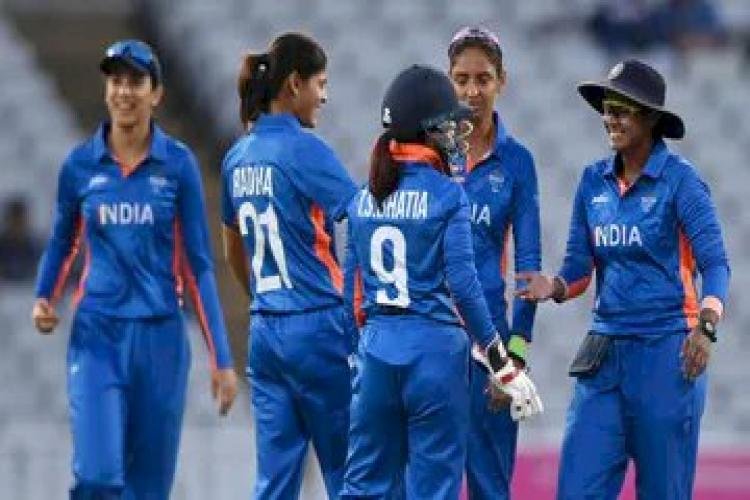 The picture of the first finalists of women's cricket being played for the first time in the Commonwealth Games 2022 has become clear. The Indian women's cricket team has created history by making it to the finals of the games. The Indian team, captained by Harmanpreet Kaur, defeated hosts England by a close margin of 4 runs in the first semi-final to secure their place in the final as well as ensured their first medal in cricket at the Commonwealth Games. After Smriti Mandhana 's blistering half-century, India won this victory on the strength of the tight bowling of Sneh Rana and Deepti Sharma.

equal to five years old
With this victory, India also equalized the old account with England. In the final of the 2017 ODI World Cup, England stopped India from achieving the target in the last over and won the match by just 9 runs to win the title. That defeat was in the heart of the Indian team and Indian cricket fans for five years, which has now been fulfilled to a large extent. Who will face Team India in the final, its decision will be clear from the result of the second semi-final between Australia and New Zealand on Saturday night.

Smriti-Jemima's strong innings
Batting first, India scored 164 runs for 5 wickets. Star opener Smriti Mandhana (61 runs, 32 balls, 8 fours, 3 sixes) played an excellent inning from India and scored 62 runs. Apart from Smriti, Jemima Rodriguez batted vigorously in the last over from Team India and took the team to this score. Apart from him, no batsman could make a big contribution.

Smriti, who batted with a bang against Australia and Pakistan, set the record by completing a half-century in just 23 balls. She became the fastest batsman to score a half-century for India in women's T20 cricket and at the Commonwealth Games. With the help of Smriti's innings, India had scored 73 runs in 7 overs, in which Shefali's contribution was only 15 runs. However, in the 8th and 9th overs, both the batsmen were dismissed alternately, which gave India the momentum.

Captain Harmanpreet hit some big shots, but could not increase the pace. Then like the first match against Australia, this time also the pair of Deepti Sharma and Jemima Rodriguez took the lead. There was a partnership of 53 runs in 38 balls between the two, which took India to 164. Jemima returned unbeaten on 44 runs (7 fours) in 31 balls.

How Sneh and Deepti nailed
In response, England started fast. The opening pair of Sophia Dunkley (19) and Danny Wyatt (35) had scored 28 runs in 3 overs, but here Deepti Sharma (1/18) gave India the first breakthrough, and the attacking Dunkley was dismissed LBW. done. Even after this, the partnership between Alice Caps and Danny Wyatt was increasing, but in this entire match, India also performed better than England in fielding and it started from here. Caps were run out on Tania Bhatia's fast throw and India breathed a sigh of relief.

Soon Wyatt was bowled by Sneh Rana (2/28) and gave a big blow. After this, there was a half-century partnership between English captain Nate Silver and explosive batsman Amy Jones, but captain Siever could not increase the pace of runs. India's strong fielding also did wonders on that. In the 18th and 19th overs, India ran out Jones and Sivar. Due to this, England needed 14 runs in the last over. Spinner Rana, taking a wicket in the last over, conceded just 9 runs and took India to the final.

PM Modi has assigned a new task to Indians, this time h...

Thousands of 'mangrove' trees to be cut for Mumbai-Ahme...

Modi government will change the name of Rajpath, 'Duty ...