Deal on which US-Europe had objections, India saved 35 thousand crores by doing that deal with Russia

Friendship with Russia has brought thousands of crores of benefits to India. The countries of the West had criticized India for importing cheap oil from Russia. After the Ukraine war, India continued to buy oil from Russia despite tough sanctions from many countries including the US. 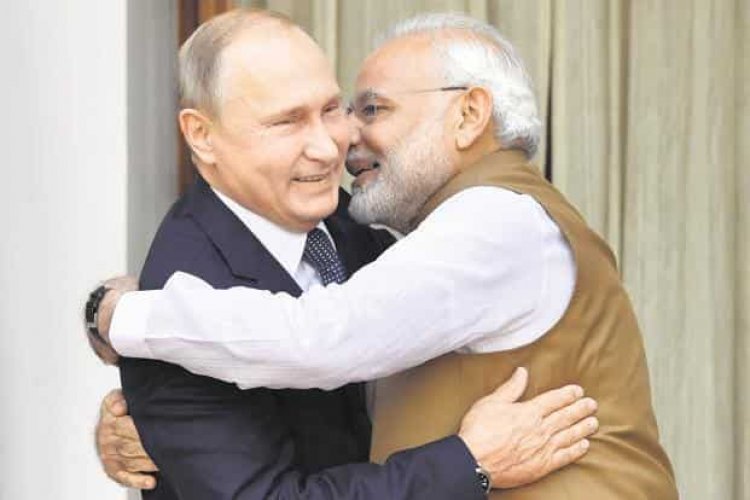 Recently, the meeting of Prime Minister Narendra Modi and Russian President Vladimir Putin in Samarkand, Uzbekistan was in discussion. During this, Modi also gave advice to Putin regarding the Ukraine war. This advice is being appreciated from all over the world. The meeting of the two leaders came at a time when some countries of the West had criticized India for importing cheap oil from Russia. But after the Ukraine war, India continued to buy oil from Russia despite the harsh sanctions imposed on Russia by many countries including the US. India has made huge savings of 35 thousand crore rupees through oil purchases from Russia.

In fact, India had decided to import oil despite opposition from Western countries. There was a lot of discussion about the pros and cons of this decision. Presenting the data in a report by Reuters, it has been said that India imported 6.6 million tonnes of crude oil from Russia in the first quarter of this year. This increased to 84.2 million tonnes in the second quarter. During this, Russia also gave a discount of $ 30 per barrel. Due to this, the cost of importing one tonne of crude oil in the first quarter was about $ 790.

After this, it dropped to $740 in the second quarter. In this way, India got a total benefit of Rs 35,000 crore. The cost of imports from other sources increased during the same period. Cheap oil imports from Russia increased 10 times in 2022. The turnover has reached 11.5 billion dollars. It is likely to reach a record $13.6 billion by the end of the year. India has emerged as the second largest buyer of Russian crude oil after China.

Since March, when India has increased imports from Russia, it has increased to over $12 billion, from a little over $1.5 billion last year. Of this, about $7 billion was imported in June and July. Oil prices are important for India as this import meets 83 percent of the demand. The Indian government spends a lot of money on this.

The Times of India reported in a report that there is also a fact that the country's oil import bill doubled to $119 billion in 2021-22. This put a lot of pressure on government finances and also affected the economic recovery after the pandemic. Recently, Finance Minister Nirmala Sitharaman said in a seminar that importing oil from Russia was a part of inflation management strategy and other countries were doing the same.

mRNA vaccine of COVID-19 increases risk of death from cardiovascular...