Deepesh Bhan left a debt of 50 lakhs on the family, Saumya sought help from fans

Saumya Tandon, who previously played the character of 'Anita Bhabhi' in 'Bhabhiji Ghar Par Hain' recently, is raising funds for the family of her late co-actor Deepesh Bhan 'Malkhan'. So that he can repay his loan of 50 lakhs. 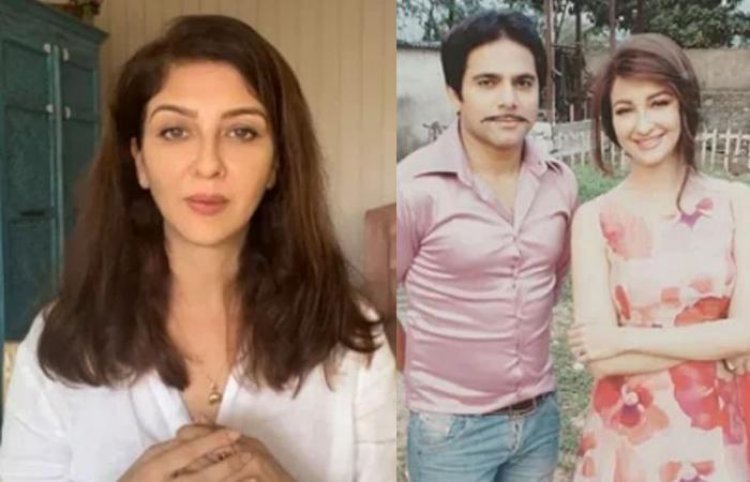 'Deepesh Bhan, who played the character of 'Malkhan' in TV's most famous and loved show 'Bhabiji Ghar Par Hain', died of a heart attack sometime back, due to which Later news is coming that he had taken a home loan to get a house for his family, which is yet to be repaid. The actor has left a debt of 50 lakhs on the family of Deepesh Bhan, for which Saumya Tandon, who previously played the character of 'Anita Bhabhi' in the show, has appealed to the people for help for the family of the late actor.

Saumya Tandon has shared a video on her Instagram, in which she has sought help from all the people and her fans as well as the fans of the late actor. In the video, Saumya Tandon is appealing to the fans to come out and help Bhan's family financially to repay the home loan of 50 lakhs. Along with this, in the video, he also remembered some of his fond memories spent with Dipesh.

In the video, Saumya says 'Deepesh Bhan is no longer with us but his memories are still with us. He was a talkative person and often talked about his house, which he had bought after taking a home loan for his family. They got married and have a son too but then he left us. Now we can repay his loan by giving his house back to his son'.

In the shared video, Soumya further says 'I have created a fund and whatever amount will be collected will be given to Deepesh's wife, through which she can pay the home loan. So please contribute to making Deepesh's dream come true. Also, the actress shared the fund link on her bank account.

The caption of the video reads, 'This is for one of the cutest co-actors. I have worked with at-Deepesh-underscore-b2. Let's show that no one forgets good people. Hashtag- Help Deepesh Family'. Not only this, but the fans are also appreciating his move fiercely and what they are getting from them, they are giving fans funds.

Katrina Kaif spotted outside clinic amid news of pregnancy,...

Ameesha Patel is in a relationship with this Pakistani...