Big news has come out regarding the health of Raju Shrivastav. At present, the comedian is on a ventilator and every effort is being made to bring him to his senses, but why he is not coming to his senses has come to the fore. 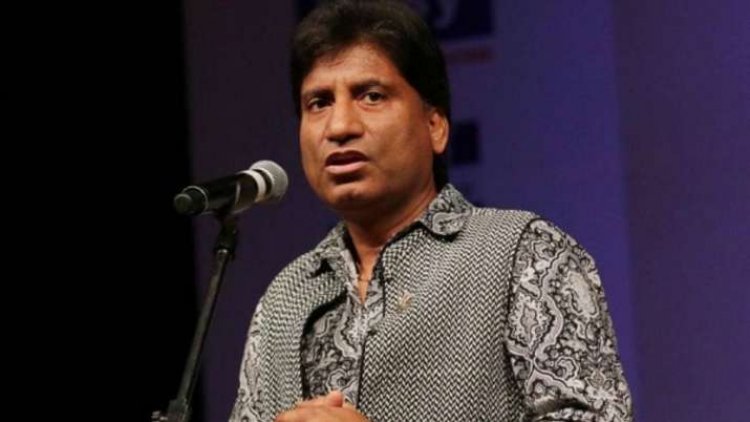 Famous comedian Raju Srivastav has been admitted to AIIMS Hospital in Delhi for the last five days. He was admitted to the hospital due to a heart attack, after which he has not regained consciousness. Doctors are monitoring his health for 24 hours and all efforts are being made to bring him to his senses. Updates are issued every day regarding their health. Recently, a big update has also come out about his not coming to his senses. It has come to the fore in this report that after all that Raju is unable to regain consciousness, which can be sad news for his family members and fans.

Recently, his MRI report has been released by the doctor, in which the reason has come to the fore as to why Raju is not able to regain consciousness. In fact, on August 10, he suffered a heart attack during a workout in the gym, after which he was admitted to the hospital in an unconscious state. The comedian has been put on a ventilator since day one.

Doctors are doing every medical effort to bring them to their senses. Also, according to the updates released every day, he is also recovering patiently, but his lack of consciousness is becoming a matter of concern. In such a situation, his MRI report came out, which the doctors were also surprised to see. Raju Srivastava's MRI report has revealed an injury in the upper part of his head.

Due to this, there is no supply of oxygen there. After coming to the fore of this report and information, doctors are now trying to restore the pinched vein of that part to normal again as soon as possible. According to the news coming out, even on August 15, he did not regain consciousness.

It is being told that due to his lack of consciousness, his recovery is getting very slow. Doctors say that it may take up to two weeks for him to regain consciousness. On the other hand, Mayank Kaushal, nephew of Raju Srivastava, is constantly giving his health updates to the fans. He told that 'all the family members are wishing Raju a speedy recovery'.

Deepesh Bhan left a debt of 50 lakhs on the family, Saumya sought help from fans

Shiv Sena Is Not A Thing Kept In The Open That Anyone Can Take It Away: Uddhav T...

Allu Arjun will go to the jungles of Bangkok, shooting ...

Actor was apologizing on his knees, Rajesh Khanna kicke...

Ghosts used to come after listening to Himesh Reshammiy...

What did Shahid say to Meera that she turned red with s...