The Border Security Force (BSF) opened fire on a drone near the Indo-Pak border in the Attari area of ​​Punjab. The drone returned to Pakistan during the firing. Meanwhile, the jawans have started a search operation in the area. 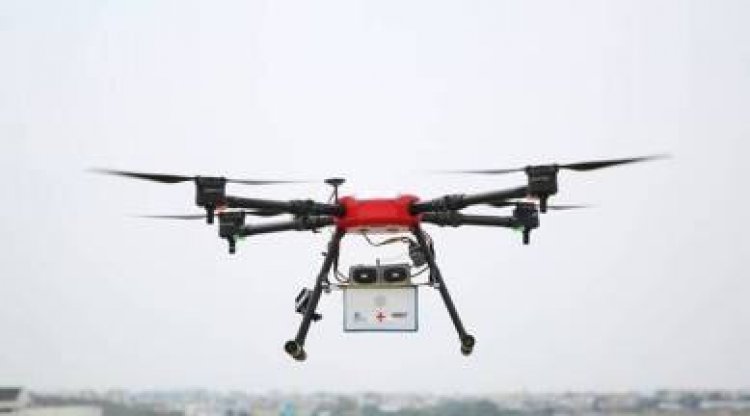 The drone has once again been sighted near the India-Pakistan border of Punjab. The Border Security Force (BSF) spotted the drone in Attari's village Muhava, after which the BSF personnel started firing. After firing, the drone was seen going towards Pakistan. At the same time, after the firing, the soldiers started a search operation in the area. Pakistani drones have been seen many times these days around the India-Pakistan border.
Earlier many times drones coming from Pakistan were seen in this area. However, as soon as the BSF personnel fired at them, they would return. According to the news, today the soldiers of the Kathua district of Jammu and Kashmir forced a Pakistani drone to return to the International Border (IB). Sources said the drone was spotted in the Sultanpur area on the Indian side of the IB.
Sources said the drone was fired upon and it was forced to return to the Pakistan side of the IB. After this, a search operation was launched in the area. With the help of Pakistani intelligence agencies, the dropping of weapons through drones on the International Border in Jammu and Kashmir on behalf of terrorist organizations has become a matter of great concern for the security forces. There has been an increase in the incidents of suspicious drone sightings near the Indo-Pak border, which has made the security agencies more alert.

Shinde government decision: Sports status given to Dahi Handi; Govindas will get...

PM Modi will inaugurate 'No Money For Terror' conferenc...

By-elections for 7 assembly seats in 6 states will be h...

PM Modi will visit Maharashtra and Goa tomorrow, will i...