The music track of 'Jai Shri Ram' from Akshay Kumar's film 'Ram Setu' has been released. Music is also being liked a lot. 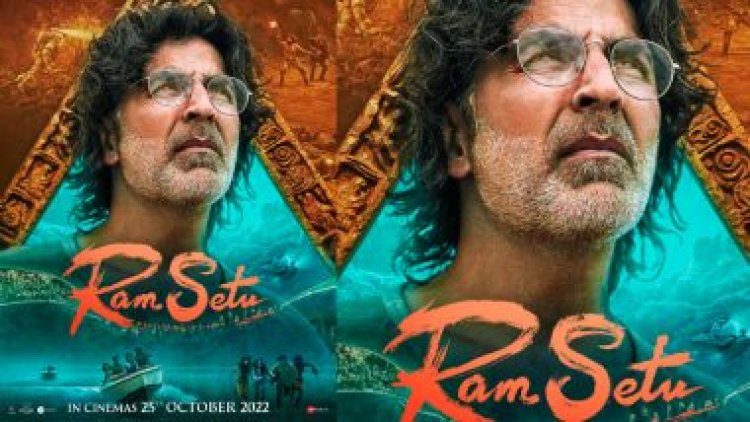 Bollywood actor Akshay Kumar is in the news these days for his film 'Ram Setu'. His film will be released in cinemas across the country on October 25 next month. Along with Akshay, actors like Satya Dev, Jacqueline Fernandez, Nushrat Bharucha, Nasir and Pravesh are going to be seen in the film. Recently a teaser of the film was released, in which little information about the film was revealed. Before this, many posters of the film have been released. No, recently the music track of 'Jai Shri Ram' from the film has been released. Music is also being liked a lot.

Akshay has shared this music track on his social media account. Also, Action wrote in the caption 'On people's demand! The most powerful spell is being released! #JaiShreeRam #RamSetu. It is scheduled to release in cinemas across the world on October 25. Not only this, users are liking this trailer very much.

Users are commenting heavily on his tweet. Talking about this track, Vikram Montrose has lent his voice to it, while its music has also been composed by Vikram Montrose. While its lyrics are written by Shekhar Astitva. At the same time, the fans have been waiting for the trailer of the film for a long time.

At present, the trailer of the film has not been released yet, but the teaser was liked by the users. Earlier, while releasing the teaser of the film, Akshay Kumar wrote in his tweet, 'First glimpse of Ram Setu ... just for you. Made with a lot of love, hope you like it. Be sure to tell.

He further wrote '#RamSetu. Going to release in theatres across the world on 25 October. Along with Akshay Kumar, the first glimpse of 'Ram Setu' was also seen in the teaser as well as the first glimpse of actress Jacqueline was revealed. Now just waiting for the release of the trailer of the film.

Kangana Ranaut says what a woman wears or forgets to wear...

Currently Rubeena is living in Mumbai where she is able...