Fans were impatient to see the banging trailer of Ayushmann Khurrana 'Doctor G', said- 'Another hit...'

Ayushmann Khurrana will soon be seen in Junglee Pictures' much awaited film 'Doctor G', whose trailer has been released. Rakul Preet Singh is also going to be seen along with the actor in the film. 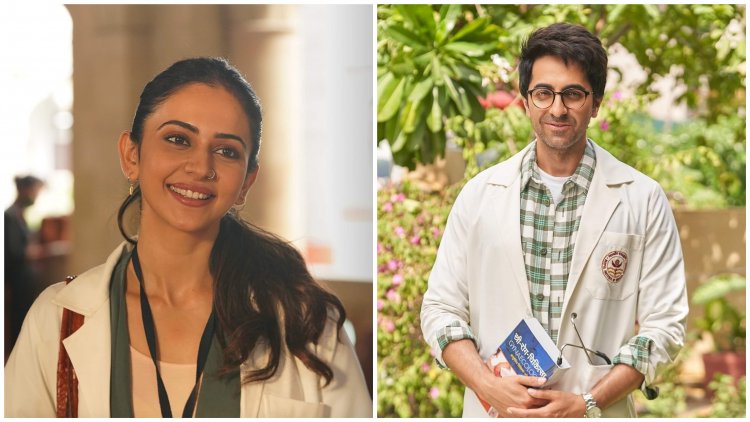 Bollywood actor and singer Ayushmann Khurrana will soon be seen in Junglee Pictures' much awaited film 'Doctor G' along with actresses Rakul Preet Singh and Shefali Shah. Fans are eagerly waiting for the release of this film. Recently, the banging trailer of the film has been released, which is being well-liked. In the film, Ayushmann will be seen in the role of a medical student named Dr. Uday Gupta. At the same time, his fans are also very excited to see him in this character.

After watching this 2.55 minute trailer, you will see both laughter and sorrow on your face. The trailer shows how patients are reluctant to get treated by a male gynecologist. It is shown in the trailer that Dr. Uday Gupta wants to become an orthopedic surgeon, but he is put in Gynecology.

On the other hand, women do not want to get their treatment done by a male gynecologist, because of which Dr. Uday Gupta has been shown to face some trouble. In the film, Shefali Shah is going to be seen in the role of a medical teacher and gynecologist, who teaches Uday Gupta about a gynecologist.

It can be seen in the trailer that Ayushmann tells Shefali that the patients do not want her to get treated. On this Shefali says that nothing happens either male or female, a doctor is only a doctor. Fans are very fond of this new character of Ayushmann.

People are getting very good reactions on the trailer of the film. This film will be released in cinemas next month on October 14. This film has been directed by Anubhuti Kashyap.

Ameesha Patel is in a relationship with this Pakistani...

Thousands Gathered For A Glimpse Of Vijay Deverakonda,...