Urfi Javed made a cassette reel dress, users said - 'Once all the clothes...'

Urfi Javed always wears such a thing, due to which he remains in the news. Recently, she once again wore something similar, which no one can even imagine. 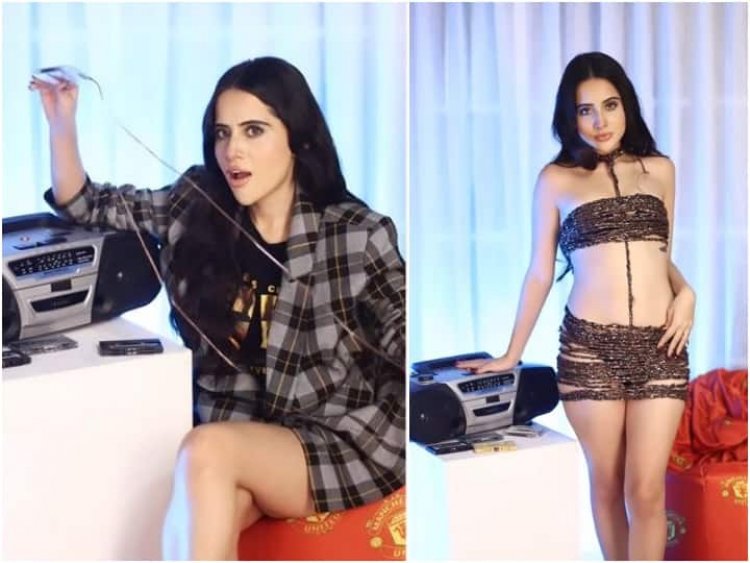 Urfi Javed, who has made his mark with social media sensation and 'Bigg Boss', often remains in the headlines for his strange style and fashion sense. Urfi designs her own clothes, which are very unusual, due to which Urfi has to face trollers. Recently, Urfi once again did something similar and hit the news. Recently, Urfi shared a bold video on her social media account, in which she is seen in a cassette reel dress. At the same time, after this video of him went viral, he is also being criticized a lot on social media.

Users are commenting on his videos. This video of Urfi is becoming increasingly viral. Along with this, he is also being trolled a lot. Not only this, but while sharing the video, Urfi also captioned that 'You guys could never have guessed!!! Dress made from old cassette reels! Reels dress for reels'. A huge number of comments are coming on this video of him.

One user comments and writes that 'Ya Allah! You have failed everyone, all fashion designers should ask you to design clothes. At the same time, another writes that 'it has started again'. Another user writes 'where does so much brain come from'. Apart from this, a user writes that 'Jhalli girl! You are not ashamed.

Let us tell you that Urfi Javed remains in the headlines for his clothes as well as his outspoken statements. He has given such statements in the media many times, which became a trap for him. Along with this, the actress has also received death threats many times, the information of which has been shared by the actress herself several times with her fans on social media.