Suniel Shetty said on the bad condition of Bollywood due to flop films, said - 'We have no idea...'

Due to continuous flop films, the condition of Bollywood has become very news. Meanwhile, once again Sunil Shetty spoke on this issue. He said 'Maybe our approach...'. 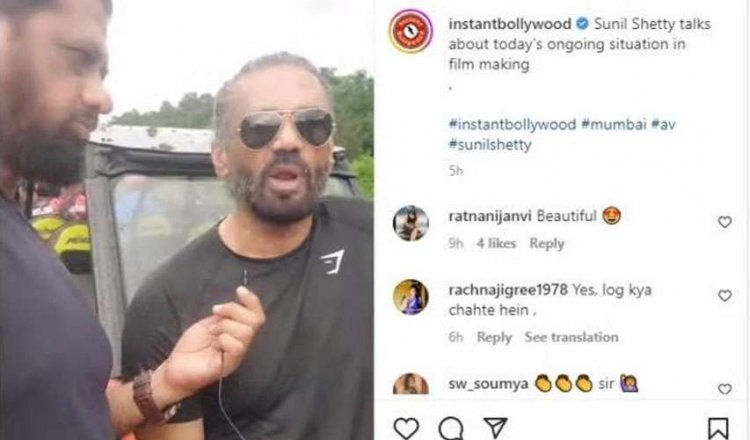 Many big Bollywood films were released this year, out of which only a few films were successful at the box office. The rest of the film fell on its face at the box office, the reason behind which is being told the boycott trend going on on social media. The names of many big films are included in these films. Films like Ranbir Kapoor's 'Shamshera' to Akshay Kumar's 'Samrat Prithviraj' and Aamir Khan's 'Lal Singh Chaddha' proved to be big flops. At the same time, people are continuously campaigning to boycott Alia Bhatt and Ranbir's film 'Brahmastra', which will be released on 9 September.

In such a situation, now Sunil Shetty has spoken on the changing situation of Bollywood due to flop films. Recently, a video of Suniel Shetty is going viral on social media, in which the actor is seen talking about the changing circumstances of Bollywood and filmmaking. In the viral video, the actor says that he 'doing a lot of things.

It is also important to understand the market gradually because today we do not have an idea why what is happening. Maybe our subjects are wrong. Maybe our approach is wrong, so we have to go back to the drawing table to see what people want, not what we want?'.