Gehlot Said – Did More Than One Thing, There Is No Atmosphere Against The Government

Rajasthan Chief Minister Ashok Gehlot said on Saturday that in the first four years of his tenure, his government did more than one thing through several ambitious schemes and took care of every section. Along with this, he claimed that even after four years, there is no anti-incumbency against the state government. 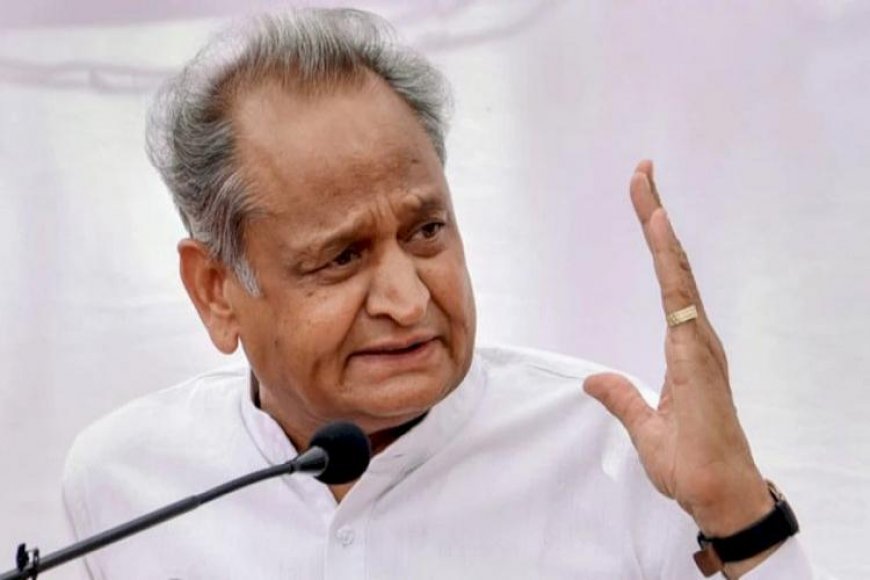 Gehlot Said – Did More Than One Thing, There Is No Atmosphere Against The Government

Rajasthan Chief Minister Ashok Gehlot said on Saturday that in the first four years of his tenure, his government did more than one thing through several ambitious schemes and took care of every section. Along with this, he claimed that even after four years, there is no anti-incumbency against the state government. It is noteworthy that the Gehlot government, which came to power in December 2018, completed four years of its tenure on Saturday. Gehlot inaugurated the state-level development exhibition organized at Jawahar Kala Kendra here on this occasion. He said, “Our four years are being completed, we have not left any stone unturned, we have done more than one thing. Our plans are discussed throughout the whole country

The Chief Minister said that every family has been taken care of. He said that today after four years, there is no anti-government atmosphere among the public, this is the first time in Rajasthan that there is no anti-government atmosphere even after four years in office. He said that his government worked to provide sensitive, transparent and accountable administration. Gehlot said that we fulfilled our promises by making the election manifesto an official document and prepared a public manifesto according to the sentiments of the people, based on which the work of policy making and implementation is being done. Referring to the welfare schemes of his government, he said that about one crore of people is being given pensions for social security.

In Indira Rasoi Yojana, nutritious food is being served to the common man with respect for eight rupees. He said that free sanitary napkins are being distributed through Rs 800 crore 'Udaan Yojana' for menstrual health management of women and girls in the state. The Chief Minister said that today the electricity bill of 46 lakh domestic consumers and farmers is coming to zero due to the schemes of the government, while relief is being given to the unemployed in urban areas through the Indira Gandhi Urban Employment Guarantee Scheme. The Chief Minister said that poor and downtrodden people are at the center of every scheme of the state government.

He said that Chief Minister Chiranjeevi Health Insurance Scheme has been implemented to free the common man from expensive treatment. In this, free treatment up to Rs 10 lakh is being provided. With the historic decisions of the government, Rajasthan has emerged as a model state in the field of health. The Chief Minister said that the State Government implemented the Old Pension Scheme (OPS) in the state with a humanitarian approach. He said that our financial management has been excellent, due to which all the schemes are being implemented successfully in the state. He said that the Central Government should also implement OPS so that the personnel gets a sense of security towards their future.

He said that our thinking is to provide social security, but the central government should implement a uniform social security policy in the whole country so that old people, disabled and widows can live comfortably. The Chief Minister said that the Eastern Rajasthan Canal Project (ERCP) is very important for the common people and farmers in 13 districts of the state. This scheme will ensure the supply of drinking water and irrigation water in a large area of Rajasthan. He said that the Central Government should declare ERCP as a national project as soon as possible, as unnecessary delay will increase the cost of the project and people will be deprived of its benefits.

IND vs BAN: India avenged the ODI series by crushing Bangladesh by 188 runs in t...

PM Modi said in Meghalaya, 'Construction is being done on the border due to Dank...

PM Modi's target on Congress, said- terrorism was at it...