Assam Chief Minister Hemant Vishwa Sharma on the question related to the Pathaan movie said "Who is Shahrukh Khan? I don't know anything about Shahrukh Khan and his movie Pathaan." 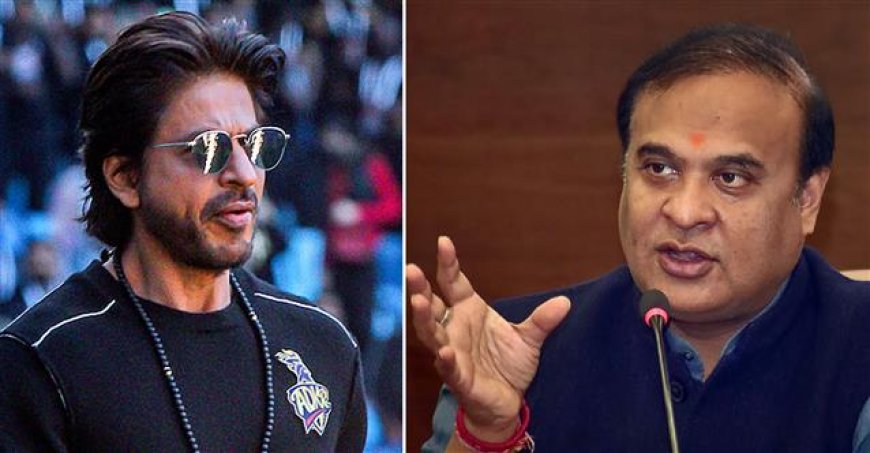 Bajrang Dal activists protested violently in Assam's Narengi against Shahrukh Khan's Pathaan movie on Friday, when Assam Chief Minister Hemant Vishwa Sharma was questioned by journalists, he said, "Who is Shahrukh Khan? I am Shahrukh Khan." And don't know anything about his film Pathaan. Shah Rukh Khan has not called me. However, many people from Bollywood reach me about the problem before the release of his films. But if he talks then I will take it up. I will look into it. Action will be taken if law and order are violated and a case has been registered."

In fact, many Hindutva organizations had earlier opposed the song Besharam Rang from the Pathaan movie, in which Deepika is seen wearing a saffron bikini. Madhya Pradesh's Home Minister Narottam Mishra had also objected to that song. The censor board suggested some changes after the protest and now the movie is set to hit the screens on January 25 with much fanfare.

In media reports, Prime Minister Modi had advised BJP leaders in the National Executive meeting to avoid making unnecessary statements about films. Did Assam Chief Minister Hemant Vishwa Sharma refrain from speaking much on this controversy after Prime Minister Modi's advice? He himself can tell about it. Earlier, many BJP leaders had asked to boycott the movie, but after the BJP's executive meeting, no statement has come from any leader regarding the film.

Bajrang Dal said that they will not allow the movie Pathaan to be released in Gujarat because the movie "insults" Hinduism. Multiplex owners in Gujarat have demanded security for cinema halls in the state.

21 islands of Andaman and Nicobar will be known as Param Vir Chakra winners, PM ...

Urfi Javed made a cassette reel dress, users said - 'On...

Neha Kakkar was shocked to be trolled, shared the post ...

Actress Kashika Kapoor Presents The Player of the Match...