'I don't regret being sick...', Amitabh Bachchan said during KBC 14!

During 'Kaun Banega Crorepati 14', the host of the show Amitabh Bachchan was infected with Corona, but he recently told during the show that he does not regret being ill. 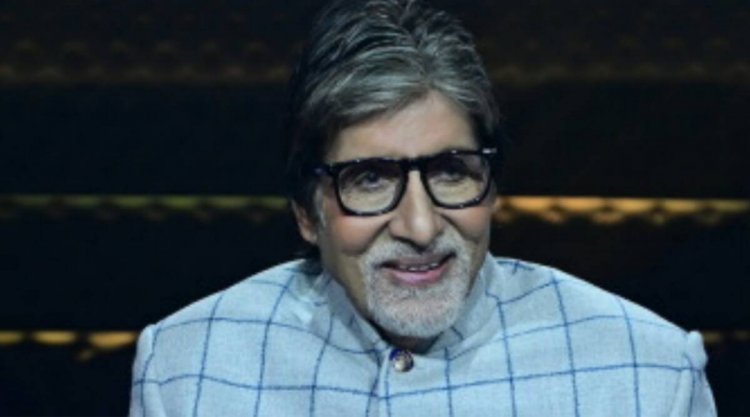 Bollywood actor Amitabh Bachchan is in the news these days for his TV show 'Kaun Banega Crorepati 14'. The show is being liked a lot. So far many contestants have become Lakhpatis in the show. At the same time, during the same show, the megastar of the century has also been infected with many coronas, after which he was also admitted to Nanavati along with his son and actor Abhishek Bachchan. So much so that his fans were constantly asking for prayers from God regarding his health, whose prayers were heard by the above and in no time both father and son returned home after recovering from the hospital. At the same time, Big B has talked about his illness recently.

In fact, in a recent episode of her show, content specialist Shambhavi Bundle sat on the hot seat in the MNC company of the Mumbai police station. Shambhavi also spoke about her work in the medical industry, to which Amitabh Bachchan said that 'the virus selectively attacks people'. On this point of Big B, Shambhavi says that 'even if there is no virus, it is necessary to sanitize yourself after coming home'.

Shambhavi further said that 'Sir, I just want to say that you also meet many people every day, so if someone is infected in the audience then you can be too'. After hearing this talk of Shambhavi, Big B replied that 'Let me tell you one thing. I will consider myself lucky if I get sick because of meeting the audience.

Amitabh Bachchan further said that 'I will not regret getting sick if it is because of my audience. I get a chance to meet him. I don't mind shaking hands with them. They are all the more important'. Amitabh Bachchan's show 'Kaun Banega Crorepati 14' is in limelight these days. The show is very much liked by young people and elderly people. Many contestants who came to this show have won huge amounts till now.