Hockey World Cup 2023: The Indian team is out of the Hockey World Cup. With this, his dream of winning a medal after 1975 has also been shattered. Team India was defeated by New Zealand in the crossover match. The match was tied at 3-3 till the stipulated 60 minutes. New Zealand then went on to win 5–4 in the penalty shootout. 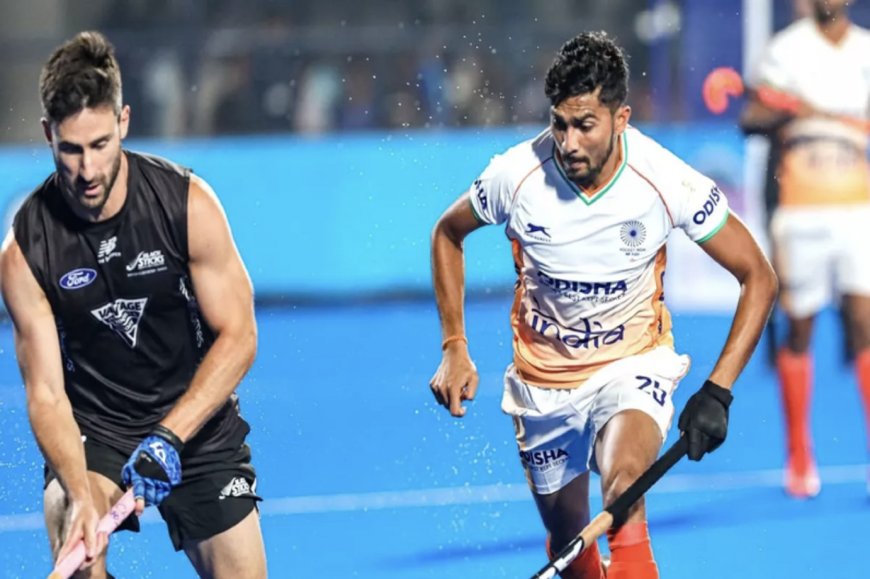 In a major upset, New Zealand has thrown India out of the Hockey World Cup 2023 by defeating them in the penalty shootout. Both the teams were tied at 3-3 till the stipulated time. New Zealand then won the match 5–4 in a penalty shootout. With this defeat, the Indian team's dream of winning a medal after 1975 has also been shattered.

As soon as the crossover match started, India scored the first goal in the 17th minute. Akashdeep and Shamsher together stunned the New Zealand players. In the end, Lalit did an excellent strike on Shamsher's pass and put the ball straight into the goalpost. India scored the second goal in the 24th minute by converting a penalty corner. Captain Harmanpreet Singh took a brilliant stroke from the penalty corner but was blocked by a New Zealand player. Sukhjit Singh, standing close to the goalpost, took advantage of the opportunity and without making any mistake, put the ball into the goalpost.

This lead of India was reduced after four minutes. Sam Lane of New Zealand scored the first goal. At the end of the first half, India maintained a huge 2-1 lead. India extended their lead in the third quarter after halftime. In the 40th minute, Varun Kumar scored a fine goal from the penalty corner. In the third quarter, Team India got penalty corners (38th, 40th and 40th minutes). The first two penalty corners failed to score, but Varun scored on the third. New Zealand reduced the gap three minutes later. For him, Ken Russell scored a goal in the 43rd minute to make it 3-2.

New Zealand converted a penalty corner in the 49th minute. Sean Findlay scored a brilliant goal to take the match to an exciting turn. Both the teams could not score any goal in the last 10 minutes and the match went to a penalty shootout.

Aakash Chopra Predicts, SRH Can Buy This Big Player In ...

Team India Will Enter The Second Match Against New Zeal...