In the Women's Asia Cup 2022, the Indian team defeated Pakistan by 13 runs. Batting first, Pakistan's team scored 138 runs, in response to which the Indian team was reduced to 124 runs. In Pakistan's team, Nida Dar scored 56 runs and also took two wickets. Nida sent two of India's important batsmen Jemima Rodrigues and captain Harmanpreet Kaur to the pavilion. Let us tell you that the Indian team had not lost any match in this tournament before clashing with Pakistan. The Pakistan team got a strong hold due to the strong game of Nida Dar. 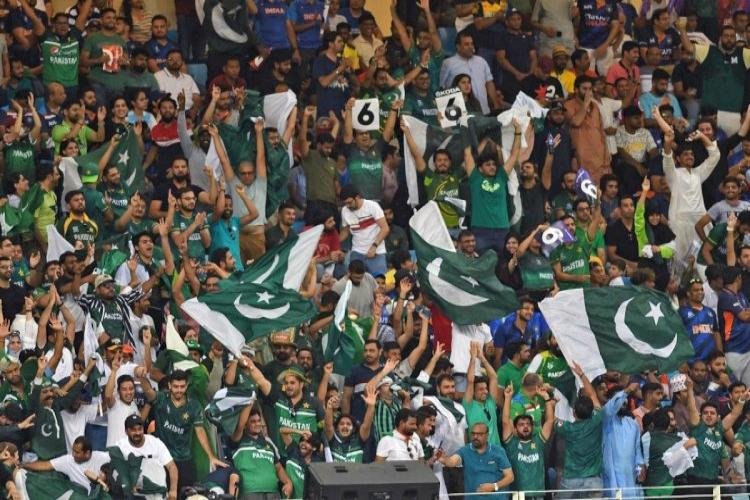 Let us tell you that the Indian team had not lost any match in this tournament before clashing with Pakistan. The Pakistan team got a strong hold due to the strong game of Nida Dar. Thanks to Nida's innings, Pakistan's team scored 137 runs. Nida scored 56 not out in 37 balls with the help of five fours and a six. Apart from Nida, Pakistan captain Bismah Maroof scored 32 runs. Together they also shared a partnership of 76 runs in 58 balls for the team. The performance of Pakistan's batsmen was very good.

At the same time, on behalf of the Indian bowlers, Deepti Sharma gave a total of 27 runs in four overs and returned the pavilion to three Pakistani players. He stumped Pakistani opener, Muniba Ali, for 17 runs. After this Emma Sohil became lbw at zero. Dipti also scored 16 runs in her innings. Pooja Vastrakar took two and Renuka Singh took one wicket.

Meghna and Smriti did the opening

Sabineni Meghna and Smriti Mandhana came out to open for India. India got its first blow in the form of Sabinene Meghna. She was dismissed for 15 runs in 14 balls off the delivery of Nashra Sandhu. India's second wicket fell to Jemima Rodrigues, who was dismissed by Nida Dar for two runs. Smriti Mandhana was dismissed after scoring 17 runs. He hit two fours in the innings.

India's fourth wicket fell as Pooja Vastrakar was dismissed due to a misunderstanding with her partner Dayalan Hemlata. After this, Dayalan Hemlata also could not stay on the pitch for long. She got bowled by Tuba Hassan scoring only 20 runs. After this, captain Harmanpreet tried to handle the team's innings. However, in the meantime, the sixth wicket was taken in the form of Deepti Sharma, who got out after scoring 16 runs. Captain Harman Preet was dismissed after scoring just 12 runs. Radha Yadav made only three runs and caught Alia Riaz on the boundary and got out. India's ninth wicket came in the form of Richa Ghosh, who was dismissed for 26 runs. However, in the end, the team lost the match by a margin of 13 runs.

This has been the tournament so far

In the tournament so far, Pakistan had lost to Thailand in the previous match. Earlier, Pakistan had defeated Malaysia and Bangladesh. However, Pakistan has got a victory against India. At the same time, India had won all the matches held before this. This is India's first defeat in this tournament after losing against Pakistan.

Director Om Raut Said On 'Adipurush', 'The Film Is Not For Mobile, You Will Not ...

The Sri Lankan Captain Is Very Disappointed After Losin...