India participated for the first time in the Commonwealth Games held in London in the year 1934. It took 24 years for India to get its first medal in athletics. 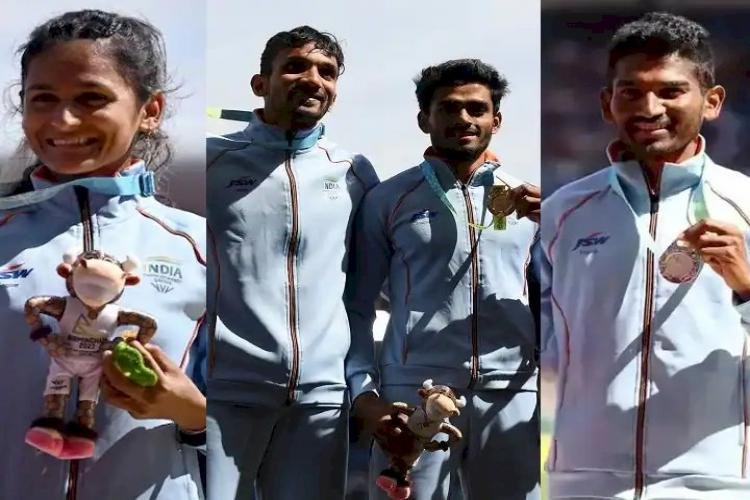 Tejaswin's High Jump and Sreeshankar's Long Jump
Tejaswin Shankar gave India the first athletics medal in Birmingham. He won the bronze in the high jump with a jump of 2.22 meters. This was India's first medal in the high jump in the history of the Commonwealth. After this Murli Sreeshankar created history. He won the silver medal in the men's long jump final with a best jump of 8.08 meters. With this medal, Sreeshankar also became the first male athlete from India to win a silver medal for India in the long jump event in the history of the Commonwealth Games.

Personal best record of Priyanka and Avinash
On the 9th day of the Commonwealth Games, India got two more big successes in athletics. In the men's 3000 steeplechases, India's Avinash Mukund Sable clocked his personal best (8 minutes 11.20 seconds) to win silver. At the same time, Priyanka of India won the silver medal in the women's 10,000-meter race walk. He also won the medal here with his personal best performance (43 minutes 38.83 seconds).

Historic two medals in the triple jump
Four medals rained in athletics on the 10th day of the Commonwealth Games. In the women's javelin throw event, Annu Rani won the bronze medal by throwing the javelin 60 meters away. On the other hand, in the men's 10000 meters walk, Sandeep won the bronze medal by clocking 38:42.33 minutes. On this day two major achievements in athletics came in the men's triple jump event. Here two Indian athletes won medals. India's Abdullah Abubakar won the silver medal with a jump of 17.02 meters and Aldos Paul won the gold with a jump of 17.03 meters. India got two medals for the first time in any single athletics event in the history of the Commonwealth.

Mukesh Khanna got angry by making indecent remarks to girls

IND vs BAN: India won the toss and came out to bat firs...

Team India Will Be Seen In The New Jersey In The Asia C...