India has got great success amidst the ongoing border dispute between India and China. After Pangong Lake, now the Chinese army has once again backtracked. Chinese forces have withdrawn from the Gogra-Hotsprings area. Under this, now the Chinese bunkers have been demolished from here, as well as the tents of the Chinese soldiers have also been uprooted. 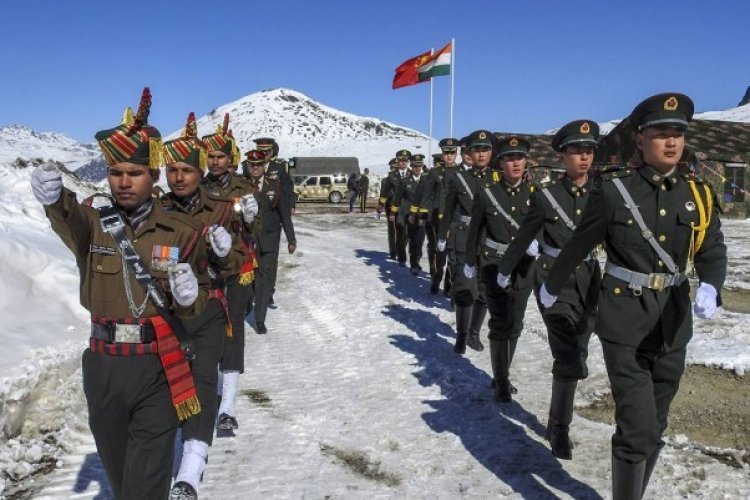 Amidst the ongoing border dispute between India and China, good news has come out for India. China is continuously retracing its steps. After first expelling Chinese troops from Pangong Lake, now the Chinese army has been forced to retreat to another area. China's military has retreated from Gogra-Hotsprings. As part of a five-day process of withdrawing troops from the standoff location of patrol post-15 in the Gogra-Hotsprings area, the frontline troops were sent to the rear. Along with this, the temporary infrastructure there i.e. bunkers and tents has also been uprooted.

In such a situation, the withdrawal of the Chinese army is being seen as a positive message. In fact, both sides have gone back according to plan, including jointly verifying the entire process.

According to media reports, 'Full information from the local commander regarding the retreat and verification process is awaited.'

Both sides have retreated from patrol post-15 (PP-15). However, Chinese troops are still stationed in some areas. No progress has been made so far in resolving the deadlock in Demchok and Depsang areas.

In fact, there was an agreement between the armies of India and China, that both armies would retreat with mutual talks. In this regard, it was announced on 8 September that they had started the withdrawal of troops from the PP-15, continuing the stalled process of removing troops from the standoff points in the area.

According to Army Chief General Manoj Pandey, there will have to be a review right now. But the process of withdrawing the soldiers is being done according to the scheduled program and decision.