Johnny Depp is dating his lawyer after winning the case with ex-wife Amber Heard!

Hollywood veteran Johnny Depp is once again in the limelight after winning the case from his ex-wife Amber Heard. If reports are to be believed, the actor is dating lawyer Joelle Rich these days. 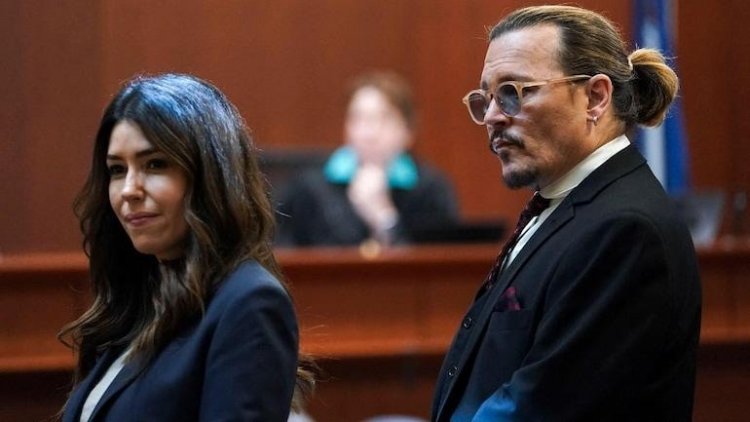 Hollywood industry veteran Johnny Depp is once again in the limelight, but this time it is not because of his ex-wife Amber Heard, but because of lawyer Joel Rich. It is being told that Johnny Date is dating Joel Rich, who lives in the courtroom with his ex-wife Amber in a defamation case. Yes, some time ago Johnny Depp won in Amber Heard's Against Defamation case, after which now the news is coming that Johnny and Joel are dating each other. Although Joel is previously married, she has separated from her husband.

It is also being told that Johnny Depp and Joel are in a serious relationship with each other. Not only this, both of them want to take their relationship further, but Joel's divorce has not been finalized yet. After this news came to the fore, once again happiness is seen on the face of the fans of the actor.

For information, let us tell you that Joel Rich did not fight any case in the trial of Johnny Depp and Amber Heard, but according to the news, he used appeared in the courtroom continuously to support Johnny Depp during this trial. Joel lobbied for Johnny Depp against the Suns. Earlier, there were reports of Johnny Depp's date with his case lawyer Camille Vasquez.

However, lawyer Camille Vasquez, while talking about this, denied all these reports and termed them as rumours. She had said that 'Johnny is her client, whom she has a duty to care for and she has a boyfriend with whom she is very happy'. At the same time, news of Johnny and Joel's dating is coming out, but it is being told the truth.

It is being said that earlier both used to meet each other in restaurants or hotels. At the same time, it is to be seen how far the relationship goes these days. On the other hand, if we talk about Johnny and Amber, then both of them met during the film 'The Rum Diary' in the year 2009. After this, both of them got married in the year 2015, but their marriage did not last even a year and both of them separated in the year 2016.

Parveen Babi's house in which his body was lying for three days, has been desert...

Who is the new beauty of the 'The Kapil Sharma Show' lo...