Kiara Advani recently reached Karan Johar's show 'Koffee with Karan 7' with Shahid Kapoor. During this, Karan Johar asked both the stars many questions about their personal life, whose answers were shocking. 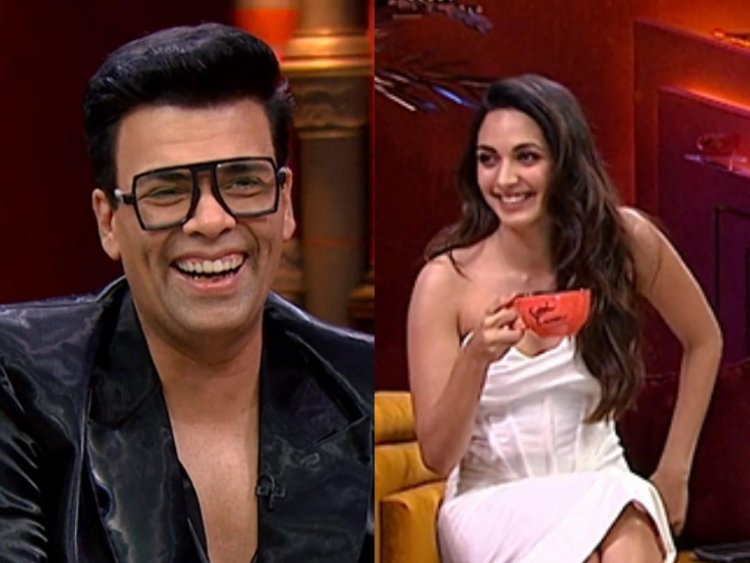 Many stars have appeared in filmmaker Karan Johar's famous chat show 'Koffee with Karan Season 7' ​​so far. At the same time, in the 8th episode of this time, 'Preeti and Kabir' are going to be seen together once again. Yes, we are talking about Kiara Advani recently Shahid Kapoor. At the same time, during the show, along with having a lot of fun together with the three, they were also seen answering many personal questions. Meanwhile, Karan Johar also asked questions related to the professional life of both of them as well as their personal life to their bedroom secret.

The special thing about this show was that the answers to the questions asked were very interesting as well as shocking. Actually, during the bingo segment during the show, Karan asked Shahid what role does he play on the bed? During this, he also asked Kiara that 'Have you never done anything like this?', answering to which the actress got shy at first.

Responding to this question, Kiara says that 'I am neither refusing nor will I say yes'. After this Karan asks 'Are you two close friends?', after which Kiara says that 'we are more than close friends'. On the other hand, if we talk about Kiara's work front, then these days the actress is busy shooting for her upcoming film 'Satyaprem Ki Katha', which started some time back.

Kartik Aaryan will be seen in the lead role with her in this film. Earlier, both were seen together in the film 'Bhool Bhulaiya 2', which proved to be a blockbuster. Apart from this, Kiara will also be seen in films like 'Govinda Mera Naam' and 'RC 15'. The actress will be seen alongside Vicky Kaushal and Bhumi Pednekar in 'Govinda Mera Naam'. On the other hand, she will be seen opposite South Star Ram Charan in 'RC 15', which is a Telugu film.