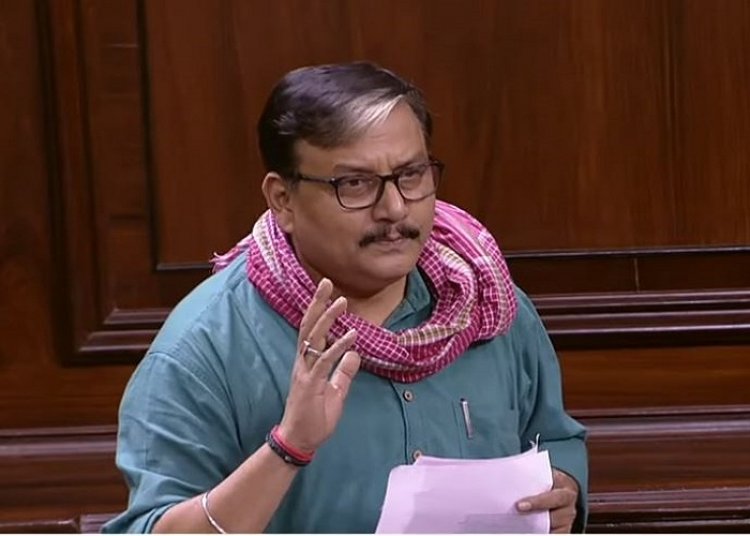 These days the Central Bureau of Investigation (CBI) raids are going on in the house of Rashtriya Janata Dal (RJD) leaders in Bihar. The RJD has denied the action being taken by the CBI. Meanwhile, senior RJD leader and Rajya Sabha MP Manoj Jha has warned the media. Manoj Jha said that the Deputy CM of the state Tejashwi Yadav had made his point with evidence on Thursday. It is wrong to describe Urban Cube Mall of Haryana as Tejashwi. It has been 48 hours since Tejashwi kept the evidence. Those who run the news by making false allegations should apologize, otherwise, they will send a notice of defamation.

Along with this, Manoj Jha said that if the CBI does not apologize for forcibly defaming Tejashwi Yadav and his family, then he may have to face strong opposition. He further said, "Tejashwi Yadav kept the evidence about the mall. All the evidence was from the BJP. From the mayor to the chief minister. He killed Tejashwi's name and kept silent when Khattar's name came. This double character will not work."

Manoj Jha has said that if institutions like CBI, Enforcement Directorate (ED) and Income Tax do not improve their attitude, then the workers of the Grand Alliance will protest in their own style. We will go among the public and tell the people that we are talking about providing employment and our leaders are being harassed during that period. At whose behest all this is happening, it is not hidden from anyone. This cheap politics will end soon in Bihar.

The RJD leader said BJP wants to fight the battle by taking these three Jamai forward. BJP is constantly trying to rip off institutions. The houses of the leaders who talk about the poor are being raided. There is talk in the villages that now the government has been formed and raids are being conducted. Railway Group D employees are being threatened and beaten up that you don't live with Tejashwi, you don't live with Lalu Prasad. Is it a goonda raj that you will threaten the poor, will you abuse?

RJD spokesperson further said, "BJP has strength, then fight a political battle. The people of Bihar have stamped Tejashwi's name. People here don't want a Gujarati label. Every one of our workers is alert. If supporters are careful. If we go then no one knows what will happen to the CBI team, it is not a threat, it is a warning. If the people of CBI go to our leaders' house to take action, the supporters will welcome them with roses."

Manoj Jha termed the CBI investigation as childish and said that if he wants to learn this, then he should come to RJD's school. We will teach him how to do the investigation. He also said that I urge him not to act at anyone's behest. The government will come and go, but those who are government employees, their work should be fine, otherwise, there will be a lot of trouble ahead. I tell CBI, what will happen to you if the pointers will change? You are doing the job.

Katrina Kaif and Mahesh Bhatt have a figure of thirty-six, hate each other's app...

India will also have a vaccine against dengue, this com...