It is said that after a heart attack at his residence in Dollars Colony at around 10 pm, he was taken to MS Ramaiah Hospital, where he breathed his last. 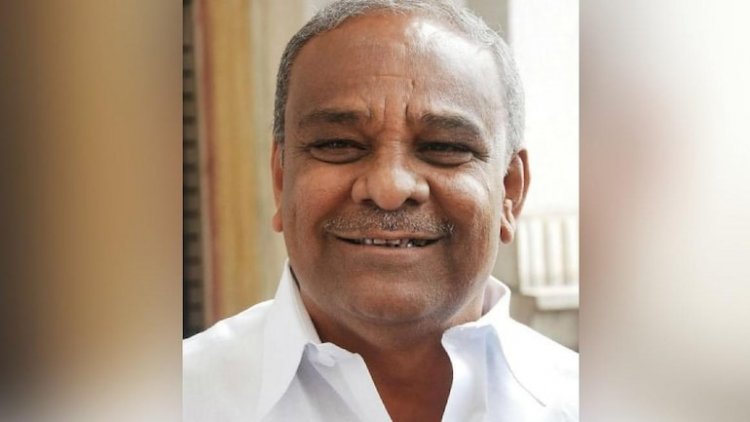 Bangalore. State Karnataka's Food and Civil Supplies and Forest Minister Umesh Katti (61) died of cardiac arrest on Tuesday night. It is said that after a heart attack at his residence in Dollars Colony at around 10 pm, he was taken to MS Ramaiah Hospital, where he breathed his last.

Katti is said to have fallen in the bathroom and family members took her to a nearby private hospital. But, they could not be saved. Katti had already had a heart attack twice. Talking to reporters on the hospital premises, Revenue Minister R Ashok said that according to doctors, when Katti was brought to the hospital, there was no heartbeat. The doctors could not save him. Chief Minister Basavaraj Bommai, Leader of Opposition Siddaramaiah and other leaders condoled the death of Katti.
Born in the year 1961 in Bellad Bagebari village of Hukkeri taluk of Belagavi district, Katti entered politics at a young age after the death of his father and MLA Vishwanath Katti. Katti, who entered politics directly after studying college, was elected a member of the Legislative Assembly eight times since 1985 from Hukkeri in the Belagavi district. Katti, who started his political journey by winning as a candidate of the Janata Party in the by-elections held after his father's death, served in various constituents of Janata Parivar and also in Congress before joining BJP.

Katti contested the assembly elections nine times and won every time except the 2004 election. Katti was one of the leaders of the state who played a long political inning of nearly four decades. Katti won eight times from the same seat but on the ticket of five different parties. Katti remained in all the mainstream parties in the state.

A follower of former Chief Minister Ramkrishna Hegde, half of his public life was spent in Janata Parivar parties. Katti, who won on Janata Dal ticket in 1989 and 1994, reached the assembly in the next elections of 1999 as a candidate of Janata Dal-U. After this, Katti switched sides and joined the Congress, but in the 2004 elections, Katti, who had come out as a Congress candidate, had to face defeat. In the year 2008, Katti won on a Janata Dal-S ticket but joined BJP shortly after. Katti won the 2008 by-elections, 2013 and 2018 elections on a BJP ticket.

Katti became a minister for the first time in JH Patel's government. After that, all four of the BJP chief ministers – BS Yediyurappa, DV Sadananda Gowda, Jagadish Shettar and Basavaraj Bommai – remained in the cabinet.

Considered to be outspoken, Katti was often in controversy due to his statements. Katti was a supporter of the creation of a separate North Karnataka state. Katti was also in the news several times for publicly expressing his desire to become the Chief Minister.

'Wrong to use children as political weapon', NCPCR dema...

7 killed, many injured in stampede at TDP chief Chandra...

India is going to impose a ban on the sale of Chinese m...

CM Hemant Soren said, "If I am the culprit then the Ele...