Katrina Kaif is enjoying her married life these days. Often husband and wife are seen showering love on each other. The two are often spotted together. For many days, speculations are being made that the actress is pregnant. Amidst the news of pregnancy, the actress was spotted outside the clinic with husband Vicky Kaushal. Since then, the speculation market has become hotter. 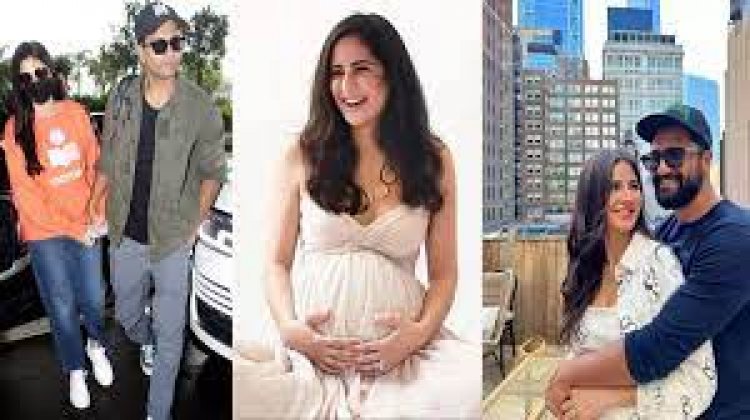 On December 9 last year, Katrina and Vicky Kaushal tied the knot in Rajasthan. The pictures of both became very viral on social media. Meanwhile, now the news is coming that the actress is pregnant. The actress was recently spotted at a clinic in Mumbai. Where Vicky Kaushal and actress Katrina Kaif had arrived together. This has intensified the speculation market.

On Friday, the paparazzi captured the couple on their camera as they left the hospital. During this, Katrina Kaif is wearing a loose kurta of pink colour. He was wearing a mask and glasses. It is being claimed that this star couple will soon make this big announcement to the fans.

There have been constant discussions for some time regarding the pregnancy of Katrina Kaif. This week, when she was seen in loose-fitting outfits at the Mumbai airport, speculations started swirling about it. Now only the couple knows what is the truth.

Talking about Katrina's work front, recently Katrina released the teaser of her upcoming film 'Phone Bhoot' and has given the happy news to her fans of returning to the film screen after a long time. Along with Katrina, Ishaan Khatter and Siddhant Chaturvedi will be seen in lead roles in this film. This is a horror-comedy film. The film has been produced under Excel Entertainment. The film is directed by Gurmeet Singh and produced by Ritesh Sidhwani and Farhan Akhtar.

'I don't regret being sick...', Amitabh Bachchan said during...