At present, things are not going well between Govinda and his Krushna Abhishek-Aarti Singh, but there was a time when all three used to share a very good bond. 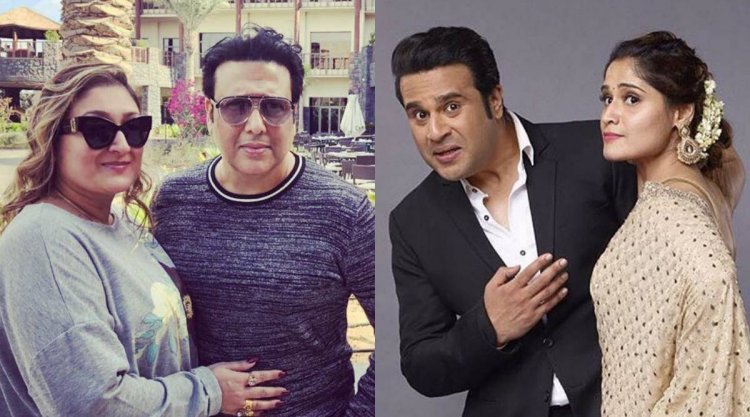 Comedian and actor Krushna Abhishek and his sister Arti Singh often remain in the news for their relationship with Govinda ie their maternal uncle. Nothing is going well between the three for a long time, but still, both of them talk a lot about their chichi uncle i.e. Govinda. Even though nothing good happens between them today, there was a time when all three used to share a very good bond with each other. In his interviews, Krishna has revealed many times that Govind has helped him immensely.

At the same time, during one of their interviews recently, Krishna and Aarti recalled the time when they did not have money and had to sell their house when their uncle helped them. In their recent interview, Krishna and Aarti told that 'Govinda helped them a lot in bad times. Recalling that time, Aarti told that 'our mother had passed away, so it was my father who brought us up'.

Aarti further told that 'At that time we did not have money and we had a big house in Juhu, after which we all shifted to a room set house in DN Nagar'. Aarti told that 'Papa used to run the house from the money he got by batching the house'. During this interview, Krishna told that 'Govinda had helped him than by giving 2 thousand rupees every month'.

Krishna told 'I was in college at that time and Aarti was studying in Lucknow school. Chichi Mama used to give money not only to me but also to this one. Aarti further told that 'Chichi Mama used to bear my school fees as well as other expenses'.

Krishna further said that 'I have always been surprised that how despite being such a big star, he used to take time out for us'.
During the interview, Krishna told that 'he used to work in five shifts a day and even after that he used to stay ahead and help for every problem of the family. I feel this today'. There has been some rift between Govinda and Krishna for a long time, due to which some sourness has come in their relationship. Earlier, Krishna's wife Kashmera had also said a lot for Govinda.

Kartik Aaryan disclosed the fees of his film 'Dhamaka',...

When Sonu Sood sat with the guard and started making ro...

Singer Rahul Ranjan – One of the most trending perfor...

Allu Arjun will go to the jungles of Bangkok, shooting ...