Charu Asopa Gave A Big Update On The Relationship With Rajeev Sen, And Said This About Divorce

TV actress Charu Asopa and Sushmita Sen's brother Rajeev Sen are in discussion about their relationship. Charu has now openly talked about the relationship with her husband Rajiv. The actress has said that she has been surprised by whatever statement she has given and what action taken. 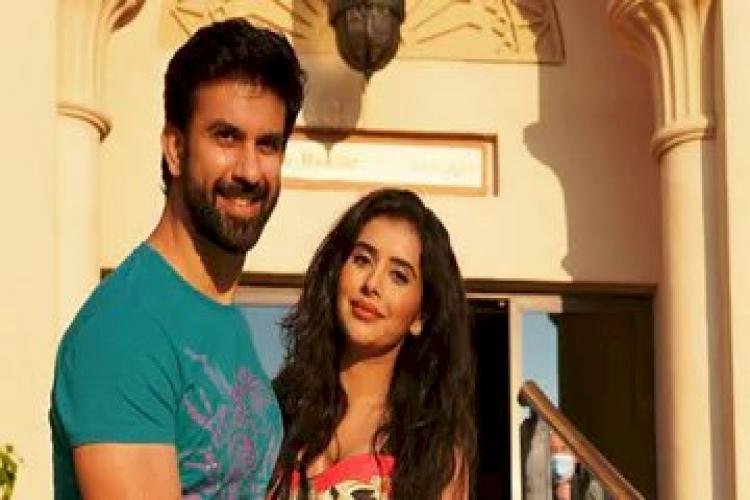 Mumbai : TV actress Charu Asopa and Sushmita Sen's brother Rajeev Sen are in discussion about their relationship. Charu has now openly talked about the relationship with her husband Rajiv. The actress has said that she has been surprised by whatever statement she has given and what action taken. Charu has clarified many things about his married life. Recently, Rajiv shared a photo with Charu, after which people felt that everything was fine between the two.

Charu shocked by Rajiv's behavior
Now in an interview given to 'Pinkvilla', Charu Asopa has said that the comments made by Rajiv against him have hurt him. Rajiv talked about Charu's previous marriage and alleged that he was kept unaware of it. Charu said that ever since he has accused me of hiding my first marriage, I am getting one shock after another. He said that I played the victim card and now he has posted a photo with me, due to which I am surprised. On one hand, he is speaking against me and on the other, he is posting photos with me. It is beyond my understanding why he is doing this.

Charu applied for divorce
Charu said that there is nothing left to fix and save the marriage, so he has taken the legal route. There are many issues and a lot has happened in these 3 years. So I have decided to end this marriage and I have filed for divorce and sent a legal notice. I have not decided to part ways in a day, many things have happened after which I have come to this decision. People outside think that we are playing breakup and patch up. I have made up my mind and my lawyer has filed for divorce. I have sent the divorce draft to Rajiv but he said that he wants some changes. It's been a week since my lawyer called his lawyer but there is no response.

Charu and Rajiv also have a daughter, whose name is Gianna. Charu says that she wants to keep her daughter in a good environment. I don't want her to know that there is a problem between her parents.

Team India Got A Big Blow Just Before The Aisa Cup, Jasprit Bumrah Is Out

Yogi Adityanath Government Changed The Name Of The Kakori Incident, Last Year It...

What did Vivek Agnihotri say, 'He will not leave me too...

Seeing the condition of 'Lal Singh Chaddha', Aamir and ...

Sonal Goyal IAS was seen playing with her daughter, sha...