Legends League Cricket 2022: The first match of the Legends Cricket League was played between India Maharaja and World Giants at Eden Gardens, Kolkata. India Maharaja won this match by 6 wickets. 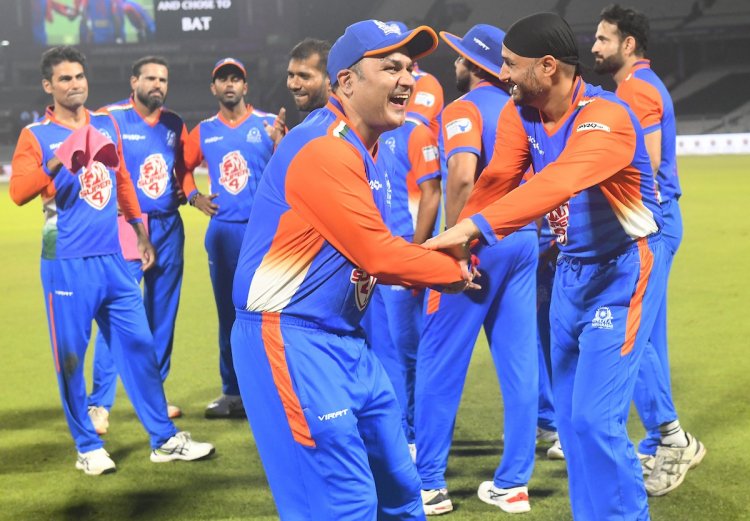 Earlier, batting first in the match, the World Giants team gave a strong target of 171 runs to India Maharaja, thanks to the half-century innings of 52 runs by Kevin O'Brien. Apart from this, Dinesh Ramdin also remained unbeaten on 42, with Thisara Perera contributing 23 and Jacques Kallis contributing 12 runs.

A total of 8 bowlers were used by India Maharaja, in Pankaj Singh was the most successful. He took five wickets for 26 runs in four overs, during which he also bowled a hoga maiden over. Apart from this, Joginder Sharma and Harbhajan Singh got one wicket each. Also, Mohammad Kaif got a wicket.

Chasing the target of 171 runs from the World Giants, India Maharaja's start was not right, Virender Sehwag (4 runs) fell for 7 runs in the very first over. After this Parthiv Patel was also dismissed after scoring 18 runs, along with Mohammad Kaif (11 runs) also could not score more runs. But the match-winning partnership of 103 runs between Tanmay Srivastava (54 runs) and Yusuf Pathan (50 *) for the fourth wicket gave India Maharaja the match win. Yusuf Pathan played an unbeaten inning of 50 runs in 35 balls with the help of five fours and two sixes.