Modi's birthday special: What is the secret of so much popularity of PM Narendra Modi

Prime Minister Narendra Modi is celebrating his 72nd birthday today (September 17). In the 8 years of PM Modi's tenure, there have been many such decisions and works which were never done after independence. The best thing that has happened in India's favour is that the impact of PM Modi's foreign policy is clearly visible. 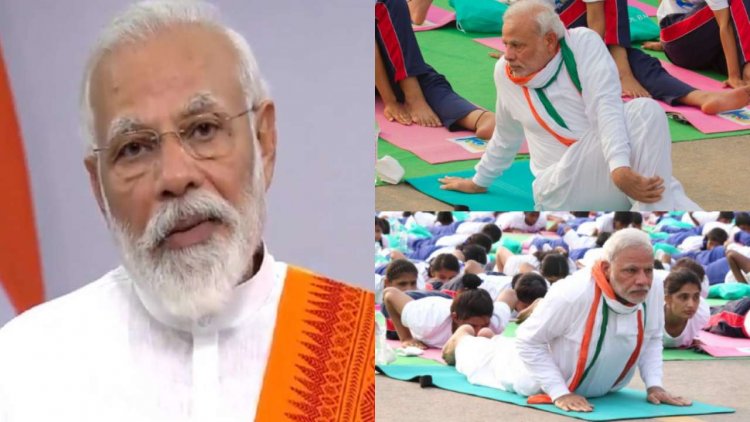 Prime Minister Narendra Modi is no stranger to headlines. Has been at the helm of political affairs for more than two decades. They have been an integral part of modern Indian history. PM Modi is celebrating his 72nd birthday today. Bharatiya Janata Party is all set to start Seva Pakhwada today on the special day of PM Narendra Modi's birthday. PM Modi's popularity started increasing with his candidacy for the post of Prime Minister of the country in the 2014 general elections. In the last few years, the popularity of PM Modi has increased not only in the country but also abroad. PM Modi came back to power in the year 2019 with more popularity. Let us know what is the secret of so much popularity of PM Modi.
The biggest and major reason for the popularity of Narendra Modi is that he has come out as a skilled orator every time. She is the star campaigner of her party and even in state elections, her party takes advantage of her oratory skills. Whatever the opponents say, people want to listen to Modi. In the last few years, no opposition party, including the Congress, has been able to do well in front of the BJP due to the Modi wave.
Prime Minister Modi is also known as a shrewd strategist. He has proved to be a skilled strategist as Prime Minister in many respects. Its greatest impact has been seen at the international level. Whether it is India's attitude towards terrorism against Pakistan, India's diplomatic stand on the border dispute against China or Russia should not go against Russia after the Ukraine war by not going with America and Western countries. Today the whole world is not tired of praising PM Modi.
One of the best qualities of PM Modi is that he connects with people very quickly. This characteristic is the main reason for the increase in their popularity. That is, they find themselves connecting with people very easily and effectively. This is especially visible in all his speeches, especially election speeches.
For the past few years, the popularity of PM Modi has been increasing continuously. It is said that the Prime Minister and his party have a strong campaign system, due to which even his opponents are not able to face him. Surveys were conducted many times and there was no decrease in the popularity of PM Modi in every type of survey.

President Draupadi Murmu will attend the funeral of Queen...

PM Modi Will Launch A Scheme For Major Reforms In DISCOMs,...