The first generation model of Mahindra Bolero was introduced in the Indian market on 4th August 2000 and the SUV has been performing consistently for almost two decades. 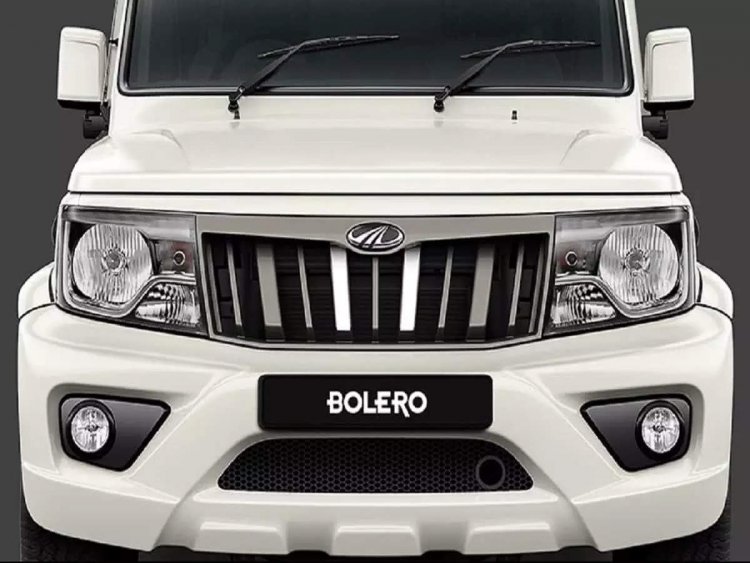 Mahindra is rapidly updating its vehicle lineup, recently the company introduced its new Scorpio Classic and Scorpio-N in the market. Along with new features and technology, the company also used its new logo in both these SUVs. Now the news is coming that the company is going to update its famous model Mahindra Bolero and launch it in the market. It is being told that the company is also using its new logo in the new Bolero, which has recently been spotted during testing. Apart from this, the XUV300 was also spotted a few days ago with the new logo.
According to media reports, the company is not making any changes other than the logo in the new Bolero, that is, this SUV will remain the same as before. However, this will be confirmed only after the introduction of this SUV. To remind you, last year, Mahindra launched the Bolero Neo in India which was a facelifted version of the company's TUV300. Adequate updates have been given to this SUV, so there is no need for additional changes in it.
There is no doubt that Mahindra Bolero is one of the best-selling SUV models of the company. This SUV is preferred for its exceptional utility in both urban and rural areas. For almost two decades, this SUV has been performing well in the Indian market. The company introduced the first generation model of Mahindra Bolero in the Indian market for the first time on 4 August 2000. At that time, its starting price was fixed at just Rs 4.98 lakh, and this SUV has been at the top of the list of best-selling models for 10 consecutive years.
Recently Mahindra updated the Bolero, which has made this vehicle even safer for the passengers. At that time the company included dual-front airbags in the new Bolero. Mahindra Bolero comes in a total of three variants, which include B4, B6 and B6 (Optional). Talking about safety features, features like dual airbags, an anti-lock braking system (ABS), reverse parking sensors, seat-belt reminders, and a co-driver occupation detection system have been provided in it. These features have been given as standard, which is available in all variants.
The 2022 Bolero gets features like keyless entry, semi-digital instrument cluster, Bluetooth-enabled music system with AUX and USB connectivity, remote fuel lid opener, manual AC and power steering. It is believed that this SUV will be offered with these features and the company will not make any changes to them.
In Bolero, the company has given a 1.5-litre capacity mHawk diesel engine which generates 75 BHP power and 210 Nm torque. This engine comes mated to a 5-speed manual transmission gearbox. Coming with 7 seats, this MPV normally gives mileage of up to 16 km. The current model has priced between Rs 9.33 lakh to Rs 10.26 lakh, while the Mahindra Neo model starts at Rs 9.29 lakh and goes up to Rs 11.78 lakh for the top model.

Toll tax on Yamuna Expressway has become expensive, will pay at this rate from S...

Doing This Search On Google Will Spoil The Geography Of...