Toll tax on Yamuna Expressway has become expensive, will pay at this rate from September 1

Toll tax on Yamuna Expressway has been increased. Now the vehicles passing through this expressway will have to pay extra money. The increased rates will be applicable from September 1. The proposal to increase toll tax has been passed in the meeting of the Yamuna Authority held today. 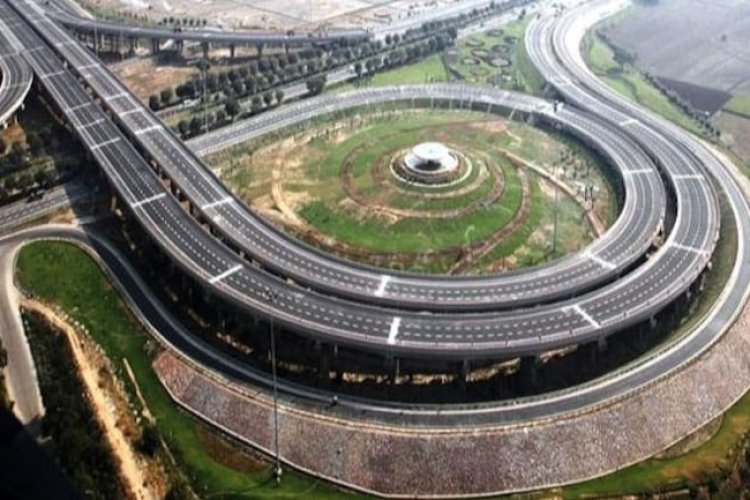 Travelling on the Yamuna Expressway, which connects Tajnagri Agra to the country's capital New Delhi, will become expensive from September 1. Because it has been decided to increase the toll tax levied on the toll plazas on this expressway. In the 74th meeting of the Yamuna Authority Board on Wednesday, the decision to increase the toll tax has been approved. Toll tax has been increased from 10 paise to 55 paise per km.
It was informed in the meeting that increases in toll tax on Yamuna Expressway are being done after 2019. Two-wheelers, three-wheelers and tractors have been exempted from this increase in toll tax. Toll tax will be applicable on these at the rate of Rs 1.25 per km as before. Farmers have also been given relief in the increase of toll tax. Toll tax has also not been increased on tractors.
The rates of car, jeep or van have been increased by Rs 2.50 per km to Rs 2.65 per km. While the rate of light commercial vehicles, light goods or minibus has been increased from Rs 3.90 per kilometre to Rs 4.15 per kilometre, the rate of buses or trucks has been increased from Rs 7.90 per kilometre to Rs 8.45 per kilometre.
It was informed in the meeting that after the survey of IIT, 130 crore rupees are being spent to prevent accidents on the entire Yamuna Expressway. To meet that, it has become necessary to increase the toll tax. Yamuna Authority CEO Ranveer Singh said that the proposal to increase toll rates was more money. For example, the proposal for cars or light vehicles was to increase by 45 paise but only 15 paise has been increased.
After the implementation of the rule of increase in toll tax, from September 1, the journey from Agra to New Delhi will now have to pay Rs 33 more toll tax. Approval has been given to the proposal to increase from Rs 12.05 per kilometre to Rs 12.90 per kilometre on three to six-axle heavy vehicles, from Rs 15.55 per kilometre to Rs 16.60 per kilometre on large size vehicles / oversized vehicles with seven or more axles vehicles.
Here the Yamuna Authority has described the increase in toll tax as a minor increase. Arunveer Singh, CEO, Yamuna Authority said that Rs 139 crore has been spent on the safety measures on the Yamuna Expressway in the directions of the Supreme Court. There has been a slight increase in the toll tax rates which were before the security measures were lifted. The effect of this increase will be on private as well as public vehicles passing through this route. In such a situation, the fare of passenger vehicles is also likely to increase.

NIA raids in 10 states over terror funding, more than 1...

Buy Electric Vehicle Before July 31, This State Is Goin...