Neeraj Chopra missed gold in the Javelin Throw event of the ongoing World Athletics Championships in Eugene, USA. He won the silver medal with an 88.13m javelin throw. Anderson Peters was at number one. Peters threw the javelin across 90 meters in three of his six attempts 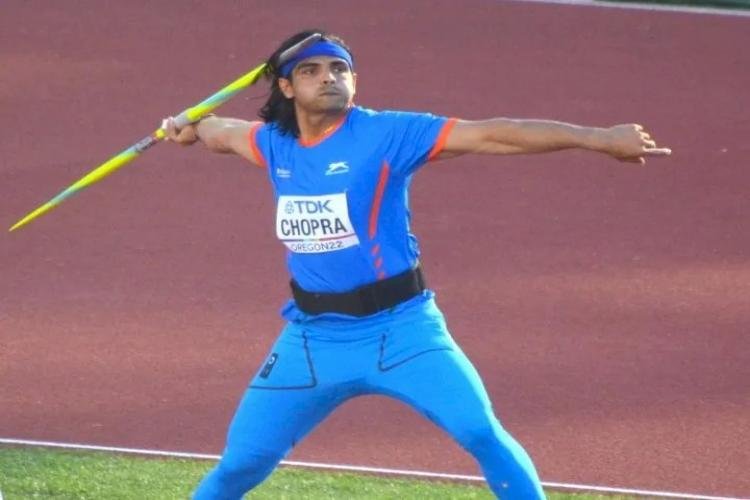 Neeraj Chopra missed gold in the Javelin Throw event of the ongoing World Athletics Championships in Eugene, USA. He won the silver medal with an 88.13m javelin throw. Anderson Peters was at number one. Peters threw the javelin across 90 meters in three of his six attempts.

Neeraj started here with a foul throw and scored 82.39m in the second attempt. He was trailing in the final. After this, he came fourth in the third attempt by throwing 86.37 meters, and then in the fourth attempt, he threw 88.13 meters to finish second. Neeraj's fifth attempt was a foul and in the last attempt, as soon as he found that he could not throw the Javelin beyond 90 meters, he also fouled this attempt.

Neeraj could not stay anywhere in front of Anderson Peters. Peters threw 90.21m in the first round, 90.46m in the second round, 87.21m in the third round, and 88.12m javelin in the fourth round. In his last round, he proved by throwing a javelin 90.54 meters away that he is currently the number-1 player in the world in the javelin throw.