Raveena Tandon Satpura Tiger Reserve Dispute: Bollywood actresses are embroiled in controversies for doing photography and videography in the Tiger Reserve of Satpura, Madhya Pradesh, by going through a vehicle close to the tiger. Meanwhile, an NGO has come out in support of the actress. 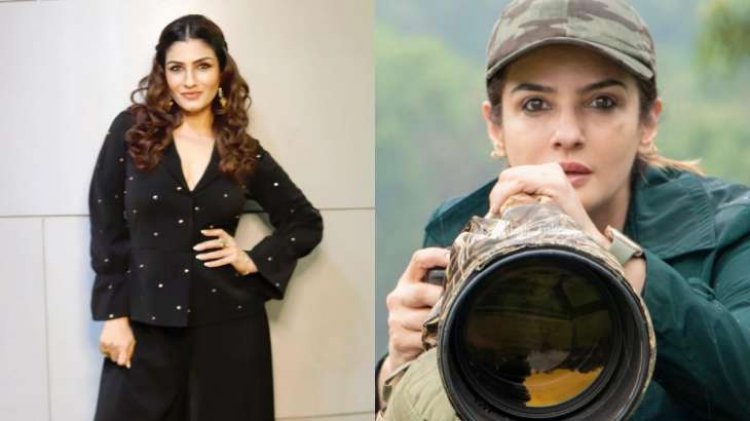 Bollywood actress Raveena Tandon is in the headlines these days. The actress recently shared pictures and videos on social media while doing photography and videography at Satpura Tiger Reserve in Madhya Pradesh. In fact, Raveena had gone to the Churna forest of Satpura National Park, where she had taken photographs and videos close to the tiger by taking her vehicle out of the protected area. Since then, his difficulties seem to be increasing. However, in this matter, the actress also gave her clarification. After this, an NGO named Wildlance Eco Foundation defended Raveena Tandon. Also tweeted in support of the actress.

Please tell that the NGO Wildlance Eco Foundation NGO has supported Raveena Tandon. The NGO put out a tweet on its official Twitter handle, which read, "The vehicle's proximity to the tiger is indeed full of loopholes, Gypsies ply on designated roads by an authorized guide and driver." The tiger moves freely and a trained driver cannot react to the suddenness of the tiger which provokes him. At the same time, this tweet of the NGO has been retweeted by actress Raveena Tandon who has said thank you.

Significantly, Raveena Tandon had come to visit the Tiger Reserve of Satpura in Madhya Pradesh on November 25 last. During this, the actress did photography and videography in the forest of Ghurna by going through a vehicle close to the tiger. The videos made there and the pictures taken were also shared by Raveena on Instagram. After this Raveena Tandon got embroiled in controversies for going so close to Tiger and taking a vehicle on the restricted Tiger Road and taking photographs. Explain that according to STR, wild animals can be seen and their pictures can be clicked only from a fixed and appropriate distance.

Many rules including the price of gas cylinder, withdrawing money from ATM will ...

When Sonu Sood sat with the guard and started making ro...

Do you work for money or national awards? Ajay Devgn st...

Amitabh Bachchan's leg vein was cut like this! hospital...