Many rules including the price of gas cylinder, withdrawing money from ATM will change from today, will have a direct impact on the pocket

Public Utility News: Today is December 1st. The last month of the year 2021 has started today. With the beginning of the new month, many rules related to everyday life are also changing from today. This change will directly affect your pocket. Know here the complete information about the rules changing from today. 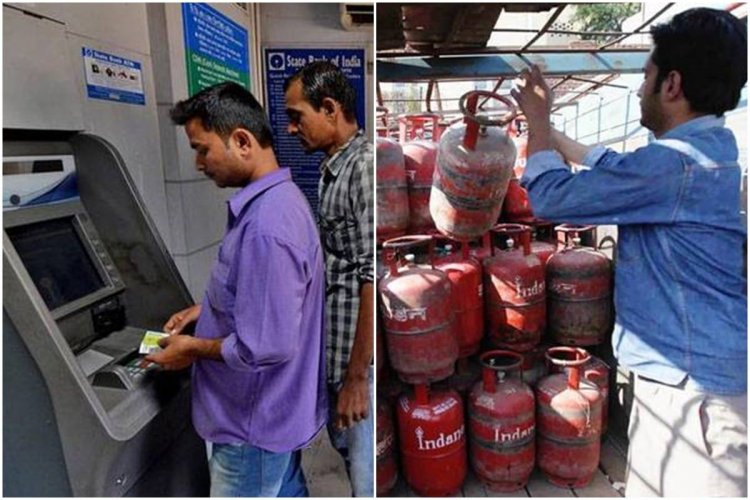 With every new month comes new rules. There are changes in the rules that are already running. It has both good and bad effects on the common people. Today is the beginning of the last month of the year 2021. Since the beginning of December 2021, there have been signs of change in many rules from today. These rules will have a direct impact on the lives of common people. The changes in the rules discussed include the price of gas cylinders, the rules for withdrawing money from ATMs, the price of milk and many others. This change will affect everyone. In such a situation, it is necessary to have advance information about the changes taking place from December. Otherwise, you may have to face trouble due to a lack of information. Here, complete information is being given about the changes in the rules happening today. View details.

There have been signs of changing the method of withdrawing money from ATMs since December. At present, the way we withdraw money from ATMs, there is always a possibility of fraud in it. For this reason, Punjab National Bank is going to change the process of withdrawing cash from ATMs in the month of December. It has been told that from December 1 onwards, an OTP will be generated on your mobile number as soon as you insert the card in the ATM. Cash will be dispensed only after entering this OTP in the column provided on the ATM screen.

The prices of commercial cylinders were reduced at the beginning of last month, but there was no change in the prices of domestic LPG cylinders. In such a situation, this time it is expected that LPG cylinders can be cheaper from December 1 this time. This is expected after the signs of softening in the retail inflation rate in October. Petroleum companies announce changes in the prices of gas cylinders. It is discussed that petroleum companies will announce new prices today.

Kerala's largest dairy cooperative Milma has decided to increase the price of milk by Rs 6 per litre from December. KS Mani, president of the Kerala Cooperative Milk Marketing Federation (KCMMF), informed me about this last week itself. He cited the continuous increase in input costs and the economic difficulties of farmers as the reason behind this increase. Due to the increase in the price of milk, it is believed that the budget of the people of Kerala will deteriorate.

In December, winter starts increasing in most parts of the country. The fog also starts increasing at night. Due to this, it is natural that there will be trouble with the movement of trains. As a result, the Railways have to decide to cancel several trains. In view of the fog, the railway also changes its timetable. In such a situation, it is expected that this time also the railways will revise the railway timetable in the month of December and trains will be operated according to the new timetable.

Banks will remain closed for a total of 13 days in December. These holidays include the second and fourth Saturdays and Sundays. The month also marks Christmas, the last day of the year (31st December) and the birth anniversary of Guru Gobind Singh Ji. There will be holidays in banks on these occasions also. Many states also have holidays on the basis of local festivals. Banks will remain closed on holidays.

Upcoming Verna In The New Look, You Will Get Great Feat...