Pair of Salman Khan and Sooraj Barjatya is going to create history once again!

The pair of Salman Khan and filmmaker Sooraj Barjatya has given many hits together. There is news that both are going to create history once again. Recently the filmmaker announced the film. 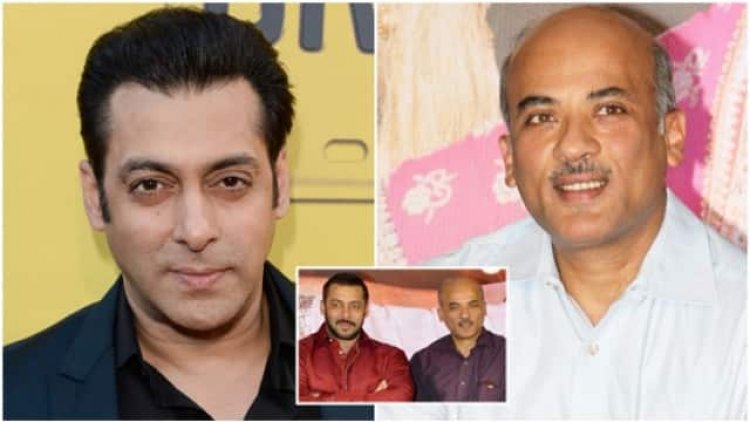 Bollywood actor Salman Khan is in the headlines these days for his two most awaited films 'Tiger 3' and 'Kisi Ka Bhai Kisi Ki Jaan', whose fans are eagerly waiting. waiting since. Both the films will be released on the special occasion of Eid and Diwali next year. Meanwhile, there is news that another upcoming project Salman is coming out, about which filmmaker Sooraj Barjatya himself has given information. Yes, the pair of both together have given many hits to the industry like 'Hum Aapke Hain Koun', 'Maine Pyaar Kiya', 'Hum Saath Saath Hain' and 'Prem Ratan Dhan Payo', after which both of them once again together. going to work.

Filmmaker Sooraj Barjatya is in the news these days for his upcoming film Uunchai, which is being promoted in full swing. Meanwhile, he also talked about his upcoming project with Salman. During the promotion of his film, Sooraj said that he broke all the ties in the pursuit of making 'Uunchai'.

Talking further, the filmmaker said that 'not only this, but he also refused to take Salman Khan in the film'. However, in the meantime, there is good news for the fans, after this film the pair Salman and Sooraj is going to be seen together with a great film. Sooraj has said about this that 'after altitude, he will make a film with Salman'.

During the promotion event, Sooraj was asked, 'What kind of film will this be with Salman?', to which he replied that 'It will be a family film, in which laughter jokes and songs will be all'. At the same time, he also revealed that like every one of his films, Salman Khan's name will be 'Prem' in this film too.

Suraj says about this that 'love will come back'. This video of their interview is becoming increasingly viral on social media, after seeing that Salman's fans are looking very happy and are also waiting for the upcoming film of both of them. On the other hand, if we talk about the film 'Uchhai', then this film is going to be released in theatres next month on November 11.

Sensor Scissors On These Scenes Of Disha Patni, The Fil...

She Herself Wants Someone To Tease Her...', Shubman Gil...