Peru Plane Crash: Passenger plane was running on the runway to take off from Peru's busiest airport, the fire truck was coming from the front, and both had a fierce collision. Two firefighters died in the accident. Viral footage on social media shows the rear part of the aircraft running on the runway on fire. The Airbus A320neo was carrying 102 passengers and six crew members. All passengers are safe. 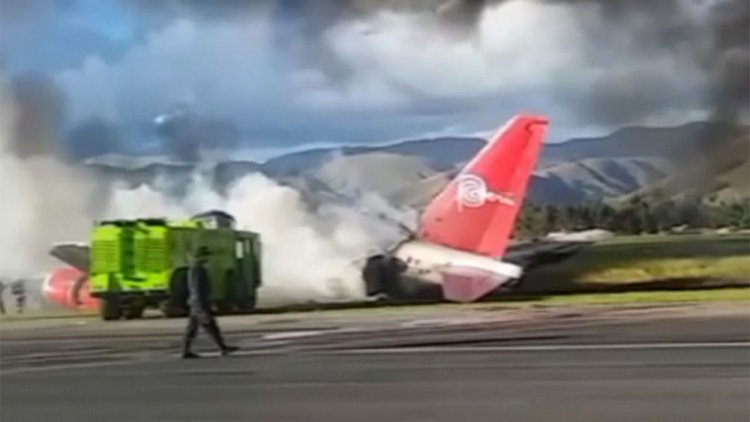 A LATAM Airlines plane taking off from the international airport of Peru's capital Lima collided with a fire truck on the runway and caught fire. The passengers and crew of the plane were all safe, officials said, but two firefighters aboard the truck were killed. The company that operates Jorge Chavez International Airport said in a tweet that all operations at the airport were suspended for several hours following the accident.

A LATAM Airlines plane collided with a truck at the Jorge Chavez International Airport in the capital Lima while taking off from the southern Peruvian city of Juliaca. Both the aircraft and the fire truck were running on the runway at the time of the collision. Fire department general commander Luis Ponce la Jara said two firefighters were killed and one was injured. They were in the truck that was hit by the plane.

President Pedro Castillo expressed his condolences to the families of the firefighters in a tweet. Flight LA2213 was taking off from Lima's main airport. In a viral clip, the passenger plane can be seen ramming into a fire engine coming from the opposite direction. At the same time, in another clip, a streak of smoke is visible from the rear of the aircraft. Following the incident, the passenger plane was grounded and emergency services were rushed to the spot to carry out the rescue operation. The investigation of the accident has been started.

Madras High Court's big decision, more than 12 thousand websites will not be abl...

Sri Lanka Once Again Caught In The Debt Trap Of China S...