After Swaminarayan Temple, another Hindu temple vandalized in Australia, Indians are shocked

After BAPS Swaminarayan Temple, another Hindu temple was vandalized in Australia. There is a possibility that this work could be done by the supporters of Khalistan. Indians are shocked by this incident. 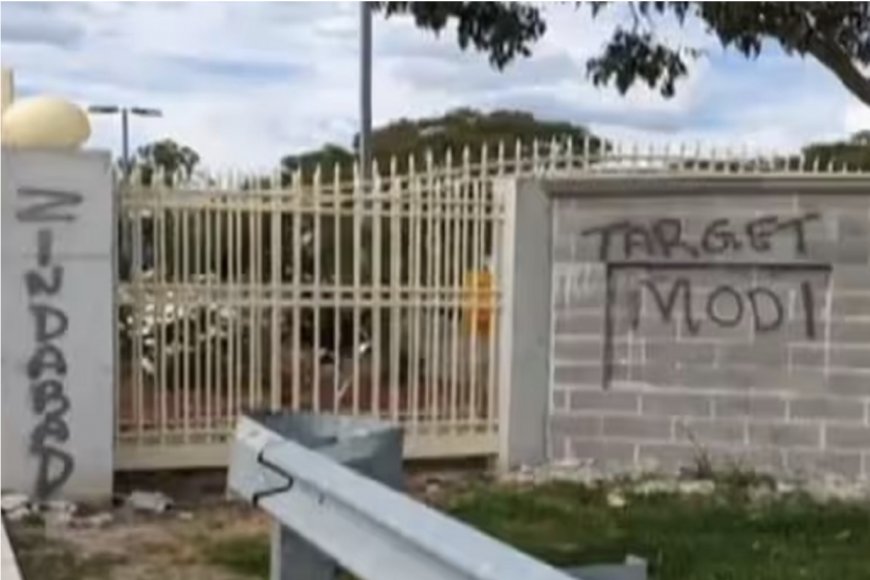 Another Hindu temple in Australia has been attacked. People of Indian origin community are shocked by this attack. This information was given in a media report on Tuesday. The vandalism of the historic Sri Shiv Vishnu Temple in Victoria's Carrom Downs comes just days after the BAPS Swaminarayan Temple in Mill Park was vandalized by anti-India supporters, reports Australia Today. Usha Senthilnathan, a devotee, told The Australia Today, I urge Premier Dan Andrews and Victoria Police to take strict action against these hooligans who are trying to intimidate the Victorian Hindu community.

Senthilnathan, along with other devotees, witnessed unsightly anti-India scenes at the temple on Monday when they came to celebrate the Pongal festival. Makrand Bhagwat, president of the Victoria chapter of the Hindu Council of Australia, told The Australia Today, "I cannot tell you how disturbed I am to hear of the vandalism of a Hindu temple for Khalistan propaganda."

On 12 January, anti-India slogans including 'Hindustan Murdabad' were written on the walls of the BAPS Swaminarayan Temple and Indian terrorist Jarnail Singh Bhindranwale, a supporter of the creation of Khalistan for Sikhs, was hailed as a 'martyr'. Victoria Police confirmed to The Australia Today that the investigation into the BAPS Swaminarayan Temple incident is ongoing.

Indian team will become number one, just need to win so many matches against New...

Weather Update: After the cold winter, now there is rain and snowfall, alert in ...

Car vans running on petrol-diesel will be banned till 2...

Xi Jinping elected President of China for the third tim...